For all the talk about a divided America (mostly political that we shy away from on the DC blog), there is a HUGE group of people that can collectively agree we were screwed, smeared, and denied due process in courts that failed to follow the Rule of Law. This is the massive population of American Homeowners.

The majority of over 84 MILLION families were unwittingly lured into a corrupt Wall Street securities scheme that cost them their clear title properties and in some cases their lives or the lives of their loved ones. American Homeowners can easily collaborate and identify with each other because the same crimes were committed over and over on each of them. Talk about a united, cohesive bunch of people – we are the American Homeowners! END_OF_DOCUMENT_TOKEN_TO_BE_REPLACED 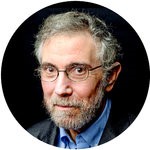 The New York Times posted a Paul Krugman article “Sanders Over the Edge” criticizing Bernie Sanders that is obviously politically (and Wall Street) driven propaganda. What Krugman and the majority of politicians fail to realize is that the Wall Street banks created a new “non-traditional’ mortgage “securitization” that has directly affected over 180 MILLION Americans and indirectly affected 180 million more folks across the United States of America.

With that said the biggest failure that Krugman and his pals overlook is that American homeowners are wising up and researching exactly what has happened to their properties and precisely who was behind the scheme. END_OF_DOCUMENT_TOKEN_TO_BE_REPLACED

The criminal global banking cartel has effected a coup d’etat in the U.S. This is why the same criminal financial elite that saw 1000 of its members go to prison 20 years ago (after the S&L crisis) is now above the law.  Part 1 of 4.

To date, the question of why the U.S. Department of Justice has failed to prosecute even one too-big-to-fail bank for the pervasive criminal frauds that drove the multi-trillion-dollar economic meltdown of 2008 has been answered pretty much with shrugs.

This video, as our colleague Steve shared, is relevant today. Yes, Steve, it is even more relevant today because in 2010 it had only been 4 years of criminal behavior with no action – in 2016, it has now been 10 years and its like a snowball from hell rolling out of control – TBTF.  “Feed Me, Seymore!” 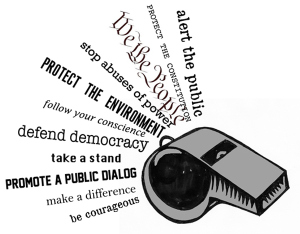 Four astounding men, Gary Aguirre, Bill Black, Richard Bowen, and Michael Winston, are the founding members of the Bank Whistleblowers United. These well-educated men have the moral integrity and intelligence to see the damage Wall Street has caused and have devised a plan to prevent or at least reduce the frequency and harm of future economic crises.

We, as American citizens, know we have not recovered from the 2008 economic crisis as our present administration and Congressional leaders would like for us to believe. Although lots of warriors have stepped up to battle the banks, none have been as united or noteworthy as these four financial fraud-busting astronauts, venturing into a red banking hole existing in cyberspace which has been an arduous climb up-Hill (pun intended) to penetrate, decipher …and even more difficult to correct.  END_OF_DOCUMENT_TOKEN_TO_BE_REPLACED

COMING This May, MONEY MONSTER
Follow the Money with George Clooney & Julia Roberts.

END_OF_DOCUMENT_TOKEN_TO_BE_REPLACED

Our first book read cover to cover and it exposes everything… not fiction! This is the real thing. If the movie is anything like the book – suggest your entire neighborhood see this flick so they’ll  begin to understand just why the economy has not recovered. END_OF_DOCUMENT_TOKEN_TO_BE_REPLACED

The trailer for 99 Homes introduces a mother-son-grandson family unit, with Laura Dern and Andrew Garfield at the helm. After the family gets evicted in traumatic fashion and moves into a motel, Garfield makes, in Bahrani’s words, “a deal with the devil.” He goes to work for the man who evicted his family, played by Michael Shannon, for a chance at earning enough to get a more permanent roof back over their heads. END_OF_DOCUMENT_TOKEN_TO_BE_REPLACED

The Revolving Door Is Spinning Out of Control. Can It Be Slowed?

Representative Elijah Cummings of Maryland and Senator Tammy Baldwin of Wisconsin announce the introduction of the Financial Services Conflict of Interest Act on July 15.

Five years to the day after the Senate passed the Dodd-Frank Act, Senator Tammy Baldwin of Wisconsin and Congressman Elijah Cummings of Maryland gathered for a press conference in the Capitol to announce legislation that would strengthen ethics in the executive branch and work to reduce Wall Street influence in Washington, D.C.

“We can’t afford to have a revolving door working to stack the deck in favor of Wall Street and against hard working Americans who are struggling to get ahead,” Baldwin proclaimed as she introduced the Financial Services Conflict of Interest Act on July 15. “The American people deserve to have trust in the fact that government is working for them and that the system is not being rigged against them.”