Four astounding men, Gary Aguirre, Bill Black, Richard Bowen, and Michael Winston, are the founding members of the Bank Whistleblowers United. These well-educated men have the moral integrity and intelligence to see the damage Wall Street has caused and have devised a plan to prevent or at least reduce the frequency and harm of future economic crises.

We, as American citizens, know we have not recovered from the 2008 economic crisis as our present administration and Congressional leaders would like for us to believe. Although lots of warriors have stepped up to battle the banks, none have been as united or noteworthy as these four financial fraud-busting astronauts, venturing into a red banking hole existing in cyberspace which has been an arduous climb up-Hill (pun intended) to penetrate, decipher …and even more difficult to correct.

Their 60-day plan, described in detail below, is ingenious. It would be difficult for anyone in foreclosure defense or fighting the derivatives securities scam not to fully embrace the efforts and help create the momentum needed to push the objectives forward. 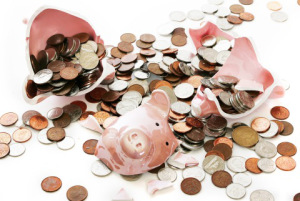 While the financial crisis affects all Americans, young and old, it’s hard for average folks to understand the gravity of the situation. All they know is that they can’t make ends meet. It didn’t have to be like this – but until our government decides to assume some moral integrity the majority of citizens will continue to suffer – for something that was not their/our fault.

It doesn’t matter what your political views are, as politics has become another divisive measure in America to pit neighbor against neighbor, brother against brother and the end result affects all of us …and our children …and our grandchildren.

Writing this post in order to reach beyond the academics of the message so we could all understand how immeasurably important it is for a solid movement, initiative, message, agenda (or whatever you want to call it) – was somewhat perplexing given the nature of this complex financial corruption. While flipping through the TV channels – and again, please leave the archaic, dividing and propagandized politics out of your thought process and listen to the message – Ron Paul had an interesting infomercial. Stopping on the channel to listen was the message so many of our leading economists have been trying to tell America. In addition, Dr. Paul explains the perils of trying to work in Congress. Whether you like him or not – there is a message here that should concern you. We ARE on the verge of another collapse.

“The most recent U.S. bubble and resultant financial crisis and Great Recession were driven by three epidemics of fraud led by elite bankers. The three epidemics that drove the crisis are appraisal fraud, “liar’s” loans (collectively, these were the loan origination frauds), and the resale of those fraudulently originated mortgages through fraudulent “reps and warranties” to the secondary market and the public.  Banks, like fish, rot from the head – the “C Suite.”   Liar’s loans is an industry term that shouts the industry’s knowledge that it was originating overwhelmingly fraudulent loans.  In a liar’s loan the lender agrees not to verify data that is essential to prudent underwriting.  This would be an insane practice for an honest lender – and it was practice that was always discouraged by the federal regulators – but it optimizes “accounting control fraud.””

We’ve posted extensively about the software patents used by the banks that have numerous safeguards designed to catch and protect against fraud. The software was also designed to relax those safeguards and intentionally invite fraud – almost as a human experiment designed by well-engineered algorithms. Yes, the software devised the liar’s loans and there is no way that the banks were not aware of their intended malice.

Homeowners were targeted in a sophisticated arena never knowing they were gambling on Wall Street – as there was no disclosure.

However, there were pre-existing agreements between the pretender lenders and the investment banks (underwriters) that procured the homeowner collateral for the purpose of securitization – it appears it was a securities transaction – with no disclosure which would have violated Rule 10b-5 of the SEC.

Prof. Black and his posse report that, “[O]ur group is predominately former bankers who worked at fairly senior levels for enormous financial institutions.  We do not hate banks or bankers as a group.  We know, however, that when elite fraud is not stopped by the regulators and the prosecutors it is likely to create a “Gresham’s” dynamic.  The Nobel Laureate George Akerlof was the first economist to describe this dynamic in 1970.

“[D]ishonest dealings tend to drive honest dealings out of the market. The cost of dishonesty, therefore, lies not only in the amount by which the purchaser is cheated; the cost also must include the loss incurred from driving legitimate business out of existence.”

We can confirm Akerlof’s warnings about fraud.  Indeed, we can testify from personal knowledge that when bad ethics is encouraged it will over time tend to drive good ethics out of individual firms. Fraudulent senior bankers deliberately create a Gresham’s dynamic within the firm and in hiring “independent” professionals in order to drive honest employees out of the bank and to suborn outside professionals that are supposed to act as external “controls” to serve instead as fraud enablers.

At places like Countrywide, thousands of employees left annually because they refused to abuse their customers.  Only by restoring the rule of law to Wall Street can we allow honest banks and honest bankers to dominate Wall Street.”

This false ethnic claim, again, leads the FBI to prioritize the fraud “mice” rather than the “lions.”

The question for every political candidate is:

Will You Support the Whistleblowers’ First 60-Day Pledge?

And so we ask each presidential candidate – which portions of the Whistleblowers’ 60-Day plan will you pledge to implement?  We hope the candidates will commit to breaking Wall Street’s power over our economy and democracy.

The Whistleblowers’ 60-Day plan provides any candidate with the practical steps necessary to make real the twin goals of restoring the rule of law to Wall Street and ending crony capitalism.

Our goal is to offer constructive, realistic means by which the next President can achieve these twin goals.

BTW – In the process of researching we found: Change your synonyms for whistleblower directed to Merriam-Webster/Thesaurus.com and quite agree. “Here are several synonyms that more honestly and accurately describe whistleblowers: watchdog, truthteller, and fraud-buster. We ask that you replace your current whistleblower synonyms with these and other terms more befitting the true character and contributions of whistleblowers.”