For all the talk about a divided America (mostly political that we shy away from on the DC blog), there is a HUGE group of people that can collectively agree we were screwed, smeared, and denied due process in courts that failed to follow the Rule of Law. This is the massive population of American Homeowners.

The majority of over 84 MILLION families were unwittingly lured into a corrupt Wall Street securities scheme that cost them their clear title properties and in some cases their lives or the lives of their loved ones. American Homeowners can easily collaborate and identify with each other because the same crimes were committed over and over on each of them. Talk about a united, cohesive bunch of people – we are the American Homeowners!

The voting block is enormous. However, it takes an astute political force to reach them. Silence about wrongful foreclosure fraud is deafening. No longer can a politician make promises every 2 years and do nothing for a decade while their constituents lose their homes to crooks. Those days are over.

Hardly an American Homeowner who faced or is facing foreclosure hasn’t prayed to God for an honest Rule of Law judge. It’s usually the first lesson they learn when they when they walk into court with enough bank-forged paperwork to put an average felon away for several years – and the judge on the bench rules in favor of the criminals and their lying attorneys. 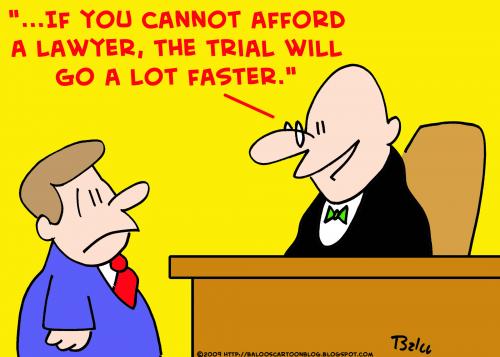 The 2% of homeowners that can afford foreclosure defense attorneys initially watch their attorneys go down in flames as well. Really good attorneys that understand the securitization scheme get called out to the bar association by bank attorneys – trying to get them disbarred.

The fact is that the banks forged the documents – a fact well exposed on national television and in numerous case law, runs secondary to the judge asking, “did you pay?” Neither the American Homeowner, nor their attorney has a chance to tell the judge that the bank wouldn’t let the homeowner pay, or that HAMP was a scam. The gavel goes down – and all is surreal. We were judged guilty without the opportunity to prove our innocence. We know exactly how that feels.

“I can read,” said one American Homeowner, “it’s like the judge skipped over the process laid out in UCC Article 3. We have clear evidence of forgery, the bank presented no evidence of physical delivery, lied in their affidavit, can’t show the original documents – yet the judge ignored the law.”

It’s always a push to appeal – even when the appellate courts make a positive homeowner ruling, the lower courts appear loathed to follow it – or look for some other excuse. It’s expensive for American Homeowners to appeal their cases and the banks count on that. The Wall Street scheme is built on pure numbers – some will fall, some will fail, some will walk away – and a few they’ll settle with. Even if you can afford to appeal and win, the title is as clouded as the process to regain ownership.

There are American Homeowners that just can’t believe this heinous process could happen in America. They stay in their homes until one morning before dawn an army of off-duty police and collection thugs surround their homes at gunpoint and force the family out into the street. Homeowners’ belongings are trashed or pilfered.

American Homeowners contact their state & Congressional representatives, who have their aides listen to the stories (which they’ve heard thousands of times) – and do absolutely nothing to correct the mess. When is the last time you heard anyone mention or seriously discuss reinstating Glass Steagall? Yeah. We know.

You see before 1992 Glass-Steagall prevented this kind of mortgage fraud from occurring. But in the late 1990’s Glass-Steagall was repealed. It had worked well for 70 years prior. You can Wikipedia who was in office and which President at the time signed the bill to repeal Glass-Steagall. Why would our government want to remove the very laws that protected homeowners? And at the same time push the American Dream of homeownership?

Until 2008, hardly any American Homeowner understood or even knew about Glass-Steagall – but you know what? We all do now.

American Homeowners are their own support group. No one funded “crying rooms” for American Homeowners and their families. Nothing much has been made available to help desperate people living in tents or in their cars face this chaos in their lives, or the PTSD from before dawn evictions at gunpoint, nor help with the anger they feel. The main street media stopped reporting on foreclosures over 6 years ago. Before that, reporters just used undocumented percentages because real numbers were too hard to digest.

The majority of folks were responsible American Homeowners who merely followed government driven TV commercials to ask for a modification – this was the HAMP program – a total scam – just ask any American Homeowner. Homeowners were told by their bank servicers to miss 3-4 payments to be eligible. Then the banks determined them to be delinquent and foreclosed on their properties.

The banks had trashed the homeowners before the 2008 crash – this is called the SMEAR. “Homeowners bought homes that were more than they could afford.” “Deadbeat homeowners.” It deflected the corruption from the banks and placed the blame on homeowners – and it was well wrapped. Ah, needless to say, we can collectively agree that we don’t want banks bailed out again before American Homeowners.

This post is about UNITY. We could have a convention but there is no venue big enough to hold all of us.

The stories we share would make an average person think we were talking about a 3rd world country. Our government wouldn’t stand up for us. Our court systems were plagued with either idiots or corruption. Our Congressional members had family members working for the banks. And local legislators were getting their homes paid off and refinance deals when average American Homeowners were sitting in a foreclosure court.

We were literally raped by the banks – no problem with collaboration here (and we can remember the names & dates). They scammed us, used our properties and our credit in a securities/rehypothecation scheme – with zero disclosure to any of us. The banks inflated our appraisals and sold us on transactions that weren’t worth what they said they were. The banks conspired with government actors to relax the underwriting guidelines and told us not to bother about paperwork – just state an income  And if that wasn’t enough, they massaged their own numbers to get an approval. The banks sold securities transactions with a time bomb that they knew they couldn’t cover – they sold more “loans” than they could legally hold – pledged them off their books in another scheme to defraud We The People.

We see the corruption – in fact, we probably see it clearer and know it better than any protest group on the planet. God help a screaming protester that encounters a pissed off American Homeowner – remember we haven’t had any coddling for our traumas over the last decade and it makes us pretty tough – not to mention somewhat intolerant of those that haven’t felt the losses, fear, and anxiety we’ve had to endure.

You certainly don’t want to tell an American Homeowner that he’s guilty until he can prove his innocence, or that the Rule of Law and Constitution don’t matter. He’ll probably tell you to go buy a one-way ticket to Venezuela. He’s certainly not going to vote for any politician that pre-judges him and assumes he’s a deadbeat homeowner with no defense.

You may not like our United States President for some brainwashed reason, but at least he’s heading us back to a Rule of Law – and for that American Homeowners are grateful. Since POTUS has been in office, more courts are making Rule of Law decisions. It’s the first light in the tunnel we’ve seen in that last 20+ years. We still need a Congress that will legislate protective measures for American Homeowners – without that it will be just more of the same – a bought and paid for bunch of politicians in office for too long with no real life experience. Another good reason for Term Limits.

Collectively, there are about 200 million of us counting our families. Some haven’t faced full foreclosure yet, but know they are about one to two paychecks away and they’ve heard the horror stories. Some are the homeless people that around election time politicians spout some campaign rhetoric about helping. If we look back a few years ago, it was the Occupy Wall Street movement protesting the banks and foreclosures in nearly every city and town in America. That was us – the American Homeowners.

We’ve been fighting the Foreclosure War for over a decade – with very little help. But we are UNITED and determined to support a system that follows the Rule of Law and the  US Constitution – and we will VOTE. We will help our fellow victims of wrongful foreclosure and continue to fight corruption. It’s no longer just a cause – it’s now our mission.

Where we go one, we go all.