Regarding the 2020 Foreclosure & Eviction Moratorium

For nearly a dozen years, we have followed the securitization/rehypothecation crisis and corruption on behalf of over 200 million American Homeowners (2.5 per HH) and their families. It’s been a tough 12 years and some families are still fighting fraudulent bank foreclosures since 2009. Can you even imagine a lawsuit and the threat of losing your home for over a decade, waking up every morning wondering when the sheriff is coming to throw you, your family and your belongings out on the street?

Thank you in advance for considering our plight. We applaud your “Moratorium” on evictions and foreclosures and the extension which you added just this week – but Sirs, it’s very limited. It doesn’t reach a lot of people that are in dire need and let us tell you why.

END_OF_DOCUMENT_TOKEN_TO_BE_REPLACED

An interesting post by Richard Bowen on June 21, 2018, The DOJ report: Another Political Hot Potato? brings up very significant questions.

Mr. Bowen writes, “Department of Justice (DOJ) has yet to prosecute any of the major players responsible for the 2008 financial crisis. I think we need to ask if bias was responsible here as well.”

Hopefully, folks are following “[T]he Justice Department’s report on the FBI’s handling of the Clinton email scandal and other actions in advance of the 2016 election is already a political hot potato,” as Mr. Bowen begins his post.

“The report has President Trump supporters saying “Told ya so” and the general public questioning how the DOJ and the FBI runs its departments. And rightfully so. END_OF_DOCUMENT_TOKEN_TO_BE_REPLACED 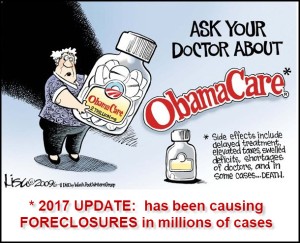 In May 2017, US Secretary of Treasury, Steve Mnuchin, confirmed GSE Sweeps May Have Funded Obamacare. The meaning of this significant confirmation went virtually unnoticed by homeowners, their attorneys, and lawmakers for several reasons. The top of the list is the mainstream media suppression.

No matter what side of the political aisle you stand on, if you are a homeowner in or facing foreclosure – or if you lost your home since 2008, or are an investor in the Government Sponsored Enterprises (GSE), Fannie and the Treasury END_OF_DOCUMENT_TOKEN_TO_BE_REPLACED