Judicial misconduct is a touchy subject.

But what else do you call it when judges violate their own canons and participate in unethical decisions that may create financial gains in their investment portfolios?

While this post deals with the failure of the judiciary to sua sponte recuse themselves when they know there is more than an appearance of impropriety, it also raises the question of what potential benefit they may received as a result of their decisions – and is that taken into consideration at any time during the case?

In order to maintain full confidence, special dignity and integrity of the bench in the often subjective nature of the judicial decision-making process, judges have to abide by

standards of conduct on a plane much higher than those for society as a whole in order to preserve ‘the integrity and independence of the judiciary. Judicial ethics, in short, have to remain pure.

Historically, the criminal law has expressed both a moral and a practical judgment about the societal consequences of certain activity. However, it is our legislature, in this current financial force majeure, that needs to make clear to the judiciary what is not acceptable, inherently immoral, and what can cause harm to society at large. In other words, consider your investments BEFORE you start ruling from the bench.

According to California Watch in the article Federal judge’s rulings favored companies in which he owned stock, “[A] judge who repeatedly fails to withdraw from cases can face sanctions ranging from a private reprimand to suspension from hearing cases. Beyond that, a judge can be referred to Congress for an impeachment hearing.

“If a judge is willfully disregarding the disqualification rules, there is precedent for saying he should be disciplined,” said Charles Geyh, an expert in judicial ethics who teaches law at Indiana University. “In addition, where judges are not diligent in keeping track of their financial conflicts, where there is a pattern of incompetence, they could also be sanctioned.””

“Measures are in place to prevent judges from violating federal conflict-of-interest laws. But Judge Manuel Real, a 46-year veteran of the bench appointed by President Lyndon B. Johnson, appears to have skirted those safeguards, records and interviews show.

Judges are supposed to disclose everything from their investments to their attendance at expenses-paid seminars. When a financial conflict arises, no matter how small, they are required to step aside, by federal law and the Code of Conduct for United States Judges.

“This is what we call a ‘bright line’ rule, meaning that it gives clear and unambiguous guidance to judges and the public,” said Steven Lubet, a Northwestern University law professor who specializes in judicial ethics.

But in at least three cases before the federal District Court for the Central District of California in Los Angeles, Real did not recuse himself:

In all three cases, the company’s stock rose at least a dollar per share during the two months following Real’s ruling or dismissal.

“When there is money involved, it is human nature to protect your own interests,” said John Schneider, a plaintiff in the Verizon case and a retired electrical contractor. “I would say he looked out for his financial interests before he looked out for mine. Judges should be above reproach.”

Real, previously reprimanded for poor conduct on the bench, did not respond to repeated interview requests made via email or messages left with his courtroom clerk.” [Read more  about Judge Real]

Unfortunately, this aspect of conduct that appears improper or is conducive to impropriety is becoming more commonplace. Judging personal de minimis financial impacts, when left up to the human factor is blurring the lines between criminal and ethical behavior. Left unchecked widens the hallway for misconduct.

It should not be left up to attorneys to sort out the dirty laundry or rifle through the investments of the judiciary in order to obtain a fair and impartial hearing for their clients.

The act of recusal should be sua sponte as govern by judicial canons – Avoidance of Impropriety.

However, the Courthouse News Service the story, Credit-Rating Agencies Duck Ohio AG’s Claims by Philip A. Janquart, ought to be enough to frost all of us.

Five pension funds led by the Ohio Police & Fire Pension Fund said they lost $457 million by having made 308 investments in mortgage debt between January 1, 2005, and July 8, 2008, relying on “triple-A” ratings that proved “unfounded and unjustified.”

“Standard & Poor’s and other credit-rating agencies cannot be sued for touting mortgage-backed securities up until the collapse of that market in 2008, the 6th Circuit ruled.
In a 2009 complaint on behalf of five state funds, Ohio Attorney General Richard Cordray said that Standard & Poor’s Financial Services, Moody’s Investor Service, and Fitch Ratings had inflated their ratings of mortgage-backed securities (MBS), creating a bubble in the housing market that eventually burst.
Collectively known as the Big Three, the credit-rating agencies publish analysis and research on stocks and bonds.
The Ohio funds bought residential mortgage-backed securities and commercial mortgage-backed securities between 2005 and 2008, ultimately costing the state $457 million when the value of such securities collapsed.
Cordray said the agencies “negligently provided unjustified and inflated ratings in exchange for the lucrative fees” that securities issuers paid.
U.S. District Judge James Graham in Columbus dismissed the complaint with prejudice in September 2011 after finding that the funds had failed to state a claim under Federal Rule of Civil Procedure.
The funds took their case to the federal appeals court in Cincinnati, but a three-judge panel affirmed dismissal Monday.
“As the District Court held, there is no sound basis under either Ohio or New York law for concluding that the agencies owed a duty of care to the funds in this case,” Judge Julia Smith Gibbons wrote for the court. “The District Court was also correct to dismiss the negligent misrepresentation claims because the complaint does not plausibly allege actionable misrepresentations.”
“Even if we can presume that a credit rating can serve as an actionable misrepresentation, the funds’ complaint does not contain allegations that would permit a reasonable inference of wrongdoing,” Gibbons added.
The funds also failed to show that the agencies traded AAA credit ratings for fees or payoffs.
Gibbons scoffed at the final claim that the funds deserved a chance to amend their complaint.
“The funds never sought leave to amend before the District Court, despite ample opportunity to do so,” the decision states. “And our default rule is that ‘if a party does not file a motion to amend or a proposed amended complaint’ in the District Court, ‘it is not an abuse of discretion for the district court to dismiss the claims with prejudice. The funds’ claims fail as a matter of law under established pleading standards.”
Similar complaints against the agencies have not fared well, even though a Senate subcommittee found in 2010 that credit ratings agencies issued ratings on residential mortgage-backed securities that they knew to be inflated.”

This guy isn’t just well invested – he’s buying and selling a small fortune on Wall Street. Can he make an unbiased determination knowing that any one of these financial institutions that he is invested in could fail as a result of another negative decision and cause the house of cards to fall, setting off another major financial  crash – where, for sure, he could be financially ruined? Is it just better to ignore the pension fund beneficiaries and protect your own portfolio?

Judge Julia Smith Gibbons of the federal appeals court 3-judge panel in Cincinnati is a bit more conservative – but she too has 5 pages of investments on her 2010 financial disclosure including Wall Street’s Bank of America (why do any of these intelligent people still hold on to BofA?), Citigroup, IRAs and Mutual Funds…

Then there’s Judge Ronald Gilman with 3+ pages of investments on his 2010 financial statement including PIMCO, JP Morgan Chase, Goldman Sachs, Barclays Bank, Deutsche Bank, Blackrock among others… and lastly, Judge John Rogers with $500,000 – $1 million (“O”) in both of his TIAA and CREF Retirement accounts, Blackrock, PIMCO and Goldman Sachs on his 2010 financial disclosure. 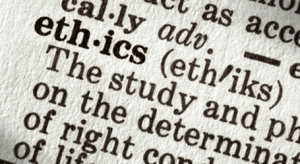 It’s human nature to protect your family, your wealth, your possessions. It’s what wars are fought over. It’s not that hard to imagine that someone with significant investments on Wall Street might have a more difficult time ruling against themselves in order to protect the less fortunate people. These credit rating agencies are tied to most of the companies invested in by the judges – directly or indirectly. Heavy Wall Street investments are more than an appearance of impropriety in most people’s minds, don’t you think?

Of course, anybody can Monday morning Quarterback a football game, they say hindsight is 20/20 – but let’s be reasonable here – by July 2008 these rating agencies would have been hard pressed not to know what was going on. And wouldn’t you think that by investigating a few files they would have found out that there were no timely assignments of mortgages? Was there really no obligation to inspect the product that they were rating? Then what good are these rating agencies?

Unfortunately, pension and retirement funds have to rely upon these rating agencies to justify the investments – they might as well take off to Las Vegas and roll the dice on the crap table as to invest in alleged AAA+ bonds. Walt Disney’s Pinocchio character had more truth to it than the MBS rating schemes.

“”Even if we can presume that a credit rating can serve as an actionable misrepresentation, the funds’ complaint does not contain allegations that would permit a reasonable inference of wrongdoing,” Gibbons added.”

Well, Judge Gibbons, if the complaint were amended to contain allegations that would permit a reasonable inference of wrongdoing, would you then consider it?  And if so, why would you uphold the dismiss with prejudice?

12 thoughts on “LOST: Looking for the Canons of Judicial Ethics”