Behind the collapse of the economy in the U.S. and around the world is the massive loss of pension and retirement funds belonging to government employees, union workers and corporate 401k beneficiaries – these were the “investors” in the securitization fraud stemming from the unregulated derivatives.  Hordes of lawsuits have been filed by investors against Wall Street banks, but it’s pretty obvious the money is gone.
There have been “settlements” made and some with pay-offs in the future but those are only good as long as the banks stays out of bankruptcy.

You may have family or friends that are teachers, policemen, firemen, or work in government jobs that risk their lives and work for less pay on the average than the private sector or even your county & city council members (council members who generally couldn’t fight a fire or stop a robbery… or even teach your kids). These are the folks whose pensions were risked in the Wall Street securitization Ponzi scheme that collapsed the nation’s economy and put us all into a tail spin. The administrators of these funds and their government bosses should be held accountable.

However, instead of investigating the administrators – there are underground movements that convince the public that these retirement and pension funds must be ended.  In reality, it’s because the politicians and public officials know the amount of money they lost can never be replaced. This doesn’t stop the carelessness and barely curbs the enthusiasm of state and county financial managers from repeating the same dirty deed.

Look-Out America – This Too Could Be Your Pension Fund 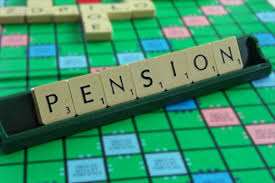 One such instance of public manipulation by political parties controlled by the “elites” was recently reported By Carli Teproff of the Miami Herald in Hollywood voters: Cut the pensions:

“Hollywood residents made it clear Tuesday: The city can no longer afford its current employee pension plans. With a low voter turnout — about 13 percent of the city’s 84,521 registered voters — residents cast ballots to strip police, firefighters and the city’s general employee’s of their current pension plans, allowing the city to save $8.5 million.”

Because financial managers for the states and counties made grave errors in judgment costing billions of dollars of lost pension and retirement funds – government workers’ pensions are stripped. This is unconscionable! But what is even more heinous is the fact that there is political underground swell pushing the negative reactions as if it is “their” call to action on behalf of the public when in fact, these politicals (in some cases both political parties) are just working on behalf of the “elites” in addition to protecting themselves from gross negligence. We, the people, are being “used” and “abused” and this has got to stop.

If the Hollywood, Florida voters knew the whole truth about why they were even forced to vote on such an issue, they may have come to a different conclusion.

Reading numerous investor lawsuits, one would ask why anyone would have invested in 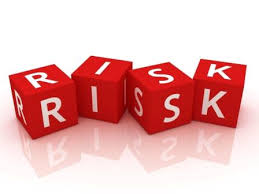 unregulated derivatives after January 2007 when the market was tanking and securities fraud was more than a mere question.  Was it an investment or a favor to prop up the banks?  Was it politically motivated?

The Maui County v. Merrill Lynch case is a prime example of Merrill Lynch taking advantage of county investment officers who made investments in August 2008. When discovery in the civil suit started in 2010, Maui uncovered emails from Merrill Lynch brokers that demonstrated the investment firm knew the auction-rate system was headed for a crash, but continued to assure county finance officials that the paper was as good as money-market certificates.

At the same time, though, brokers were pressing Maui County to buy more of the securities and assuring officials that the auctions were working and never failed. In fact, by November, when Price was becoming alarmed about his dinners, the auctions were failing regularly, and had been since August, according to the county’s suit. Source: Sense on Cents

Luckily, Maui sued in the nick of time.  Many other states waited too long, hiding with their heads in the sand and lost any chance they may have had in certain claims due to the statute of limitations. There is a 3 year statute of limitations that bars claims made under certain SEC statutes: “no Section 11 claim may be brought ‘more than three years after the security was bona fide offered to the public,’” and “no Section 12(a)(2) claim may be brought ‘more than three years after the sale.’” Pursuant to Section 13, claims under Section 11, must also be brought within one year from the discovery of the false statement or omission, or from the time such discovery should have been made through the use of reasonable diligence, but in no case more that three years after the security was first offered to the public. This means, any pension and retirement fund investments made in unregulated securities (MBS, ARS, ABS) prior to today’s date in 2008 are without remedy if they haven’t filed a lawsuit unless they can allege and prove fraud. 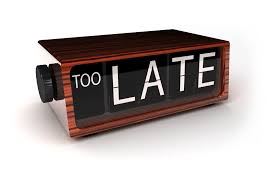 Recently, the District Court for the Southern District of New York ruled that the Sarbanes-Oxley Act, which changed the 1 year/3 years statute of limitations to a 2 years/5 years structure for Rule 10b-5 claims, did not alter the statute of limitations in Section 11 (or Section 12(a)(2)). That holding related to thirty-seven individual actions involving claims under Section 11 and Section 12(a)(2), in connection with WorldCom’s bond offerings. Specifically, that court held that Section 13’s shorter limitations period continues to apply to Section 11 claims because these claims do not involve “fraud, deceit manipulation or contrivance.”

And here is a final thought for this post – one that should shake your very soul:

A final factor to consider is that judges also get pensions — in Rhode Island, California and elsewhere. They’re sworn to uphold the law. But the law has many gray areas. They

want their pensions at full value. But they’re also aware that, if the whole system collapses and the checks stop going out — as some have warned could happen if the money dries up — they’ll get nothing. Should they be presiding over these cases where they or their friends (who are affected by the law they create) could end up with “nothing” if they rule against the banks? Let’s face it – they might as well forget about the pension – make good law and write a best seller because the money is gone. We’re already into the smoke and mirrors phase of the pension tsunami.

Just A Glance at “Some” of the Securitization Lawsuits – In the $TRILLIONS!
This is no where near all of the bad pension and retirement fund investments:

SECOND AMENDED CONSOLIDATED CLASS ACTION COMPLAINT FOR VIOLATIONS OF THE SECURITIES ACT OF 1933: In re INDYMAC MORTGAGE-BACKED SECURITIES LITIGATION

City of Livonia Employees’ Retirement System and Hawaii Sheet Metal Workers Pension Fund (lead Plainitiffs):  The global settlement, including $590 million agreed to be paid by Wells Fargo, and $37 million from Wachovia auditor KPMG, is the largest recovery under the Securities Act of 1933, the 14th largest class action securities settlement ever, and the largest such credit-crisis settlement to date.  The lawsuit focused on Wachovia’s exposure to “pick-a-pay” loans, which the bank’s offering materials said were of “pristine credit quality,” but which were actually allegedly made to subprime borrowers, and which ultimately massively impaired the bank’s mortgage portfolio.  The lawsuit alleged Wachovia’s offering materials materially misstated and failed to disclose the true nature and quality of Wachovia’s mortgage loan portfolio, which exposed the bank and misled investors to tens of billions of dollars of losses on mortgage-related assets.

And that’s not all folks!
(Keep checking back – as readers send me additional info I update and post)