How many people have to lose their savings, their equity and their pensions before there is a revolution – or is the intellectual revolution already here – “refuge to reconstruction”? That is the $54 Billion dollar question. 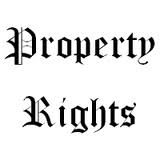 I have no doubt that given the need for sources of revenue by Uncle Sam and other sovereign governments, the topic of “the protection of property rights” will be increasingly brought front and center in the public arena.

We saw this play out in Cyprus just a few weeks back, and we witness another example of this topic just the other day in a WSJ article, Now He’s After Your 401(K).

What some ideologues might view as “equitable redistribution,” other individuals who have worked long and hard for property would view as expropriation without proper compensation.

Do you think that this topic might be reason, if not partial motivation, for the steady stream of firearm sales?

The central tenet of capitalism is in play here. You do not think so? I do. Izabella Kaminska does as well as she writes:

When property rights – the backbone of capitalism – are questioned, so is the entire capital and free market system that comes with it. 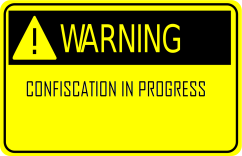 Yes, Now He’s After Your 401(k) which probably isn’t really there anyway – just another illusion. But before you find out it’s not here, the plan is to take it from you or limit how much you can have.

“How many times have you read financial-advice stories lecturing you to max-out on your IRA, save as much as you can in your 401(k), and even pay taxes now to change your regular IRA into a Roth IRA that will be tax-free until you die?

That’s the message in President Obama’s budget for fiscal 2014,” continues WSJ, “which for the first time proposes to cap the amount Americans can save in these tax-sheltered investment vehicles.

The White House explanation is that some people have accumulated “substantially more than is needed to fund reasonable levels of retirement saving.” So Mr. Obama proposes to “limit an individual’s total balance across tax-preferred accounts to an amount sufficient to finance an annuity of not more than $205,000 per year in retirement, or about $3 million for someone retiring in 2013.” Thus do our political betters now feel free to define for everyone what is “needed” for a “reasonable” retirement. Not to be impertinent, but does this White House definition include being able to afford summers at age 70 at Martha’s Vineyard near the Obamas?”

Is it capping the amount you can save or the amount the politicians and the banks feel you can afford to lose?  Because it appears they are sure not proposing any regulatory amendments to go along with this suggested program. Maybe they are just telling you to quietly save the rest in your mattress…

“The feds may think $3 million is all you need after a lifetime of work, but that’s roughly the value of a California police sergeant’s pension if she works for 30 years, retires at age 50 and lives to normal life expectancy,” says WSJ.

The loss of pension and retirement funds in the securitization Ponzi scheme has never been honestly addressed. Talk about an illusion! Investor after investor Complaint reveals $Trillion$ of lost debt causing companies and municipalities to go bankrupt. 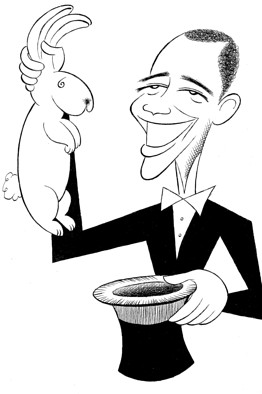 However, the admission of very bad securities investments is not discussed openly. You don’t hear politicians, finance directors or CEOs say, “we made bad investment decisions and lost over $800,000,000.00 [million] of your [government] employees’ retirement funds – so, now due to the shortfalls you will have to endure furloughs, cutbacks, lost jobs, etc. to make up for our mistakes.” No, you don’t hear the truth.

Now you hear from the top Magician that the answer is to limit your retirement investment –  and God forbid you out live your savings.

Do we not have a sense of consequence here – or is this all “Wag the Dog” rhetoric before the next Cyprus tsunami hits that may be on it’s way to our shores?

“Amazingly, Mr. Obama has surveyed the economic landscape and somehow decided that it’s time to discourage savings if you make more than he thinks is “reasonable,” ends the WSJ post. 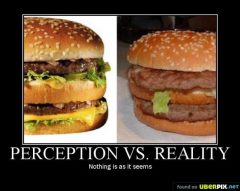 Next thing you know, Mr. Obama will decide that only “responsible” people can save for retirement…and if you lost your pension due to somebody else’s fraud or mistakes, you were irresponsible with your savings and you don’t get to save anymore. 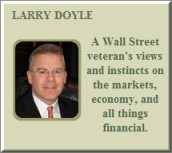 Mr. Doyle embarked on his Wall Street career in 1983 as a mortgage-backed securities trader for The First Boston Corporation. While there he was involved in the growth and development of the secondary mortgage market from its near infancy. Larry has had quite an extensive career in journalism as well as Wall Street and has provided extensive insights and information to not for profit entities focused on exposing government waste, fraud, and corruption. Larry has also been called upon and shared his work and findings with the chairman’s office of the House Oversight and Government Reform Committee.