And unless Americans are willing to face the facts and hold people (including corporations) ethically and financially accountable, we will lose the land and freedom we have fought so hard to protect. Democracy is in distress.

The question every American is asking is “when will this depressed economy start to recover?” The typical political answer is, “there is no silver bullet.” Then why do these politicians keep using the shotgun approach against homeowners?!

Lorraine Brown was the President of DocX, a company that created and processed fabricated mortgage-related documents, first as a stand-alone unit, and later as a subsidiary of the document processing giant Lender Processing Solutions (LPS). LPS trades on the New York Stock Exchange today at $25.17 a share. Click here for LPS stock date.

David Dayen writes for Salon, “From 2003 until 2009, DocX routinely forged mortgage documents. Brown directed the scheme, whereby low-wage temporary workers would sign the documents in the name of executives at DocX, who were authorized as signers by mortgage servicers. Then, different temporary workers would attach fake notarizations to the documents, attesting to their veracity. This “Surrogate Signer” program allowed DocX to execute thousands of documents per day, increasing their profit margins.

These forged mortgage documents were distributed to county land recording offices and state courts all over the country. After the collapse of the housing bubble, when these documents were put to use in foreclosure or bankruptcy cases, the scheme became apparent when people started comparing multiple mortgage documents with the names of authorized signers like Linda Green, all of which had markedly different handwriting.

This scheme was part of the giant bundle of illegal conduct known as foreclosure fraud. According to statements of fact from the Justice Department, from 2003 to 2009 DocX recorded over one million fake documents. That’s probably a low number. DocX wasn’t just forging signatures, they were fabricating entire loan files.

[Yeah, probably really low since over 84 million loans were written during this period]

During the bubble years, they created a now-infamous mortgage fabrication price sheet, where mortgage servicers, who had trouble proving in court that they owned the homes they wanted to put into foreclosure, could purchase, at low prices, whatever documents they needed. To “Recreate Entire Collateral File,” basically the whole set of documents including the promissory note? That would set a servicer back $95.00.”

As Dayen points out DocX was just the subsidiary of another criminal-like operation. “Even LPS,” Dayen writes, “the parent company of DocX, got away with this fraud. In addition to the $2 million settlement with Missouri, LPS settled with Michigan, the other state to convict Lorraine O. Brown, for $2.5 million. Other states followed suit. The federal government closed its criminal investigation into LPS for a settlement of $35 million, specifically for the crimes at DocX, which by their conservative estimate included over 1 million documents. That’s roughly $35 a document, about the price of a parking ticket. All in all, LPS has committed around $160 million to settlements over document fraud, which sounds like a lot until you realize they made $2 billion just in 2011.” Click here for the entire Salon post by David Dayen – The recession was her fault.

While Lorraine Brown is not really entirely responsible for the recession, she is off to jail for a short term and the LPS stock is still trading away – which begs the question, “why anybody in the world (in their right mind) would own such stock that is akin to owning Enron shares?!” It is certainly beyond belief!  Probably because it is tightly wrapped up in all those empty mutual funds.

These settlements for fraud are nasty little gnats in the scheme of the overall operation designed to confiscate American properties. Judges and Congress need to be more cognizant and make these fines or settlements for the allegations of fraud and other misdeeds NON-DISCHARGEABLE as well as NON-DEDUCTIBLE. Fraud should never be considered a business deduction or discharged in bankruptcy (it should be a priority lien), and frankly management should be disgorged of profit including their ownership of stock shares which should be immediately cashed in and equitably distributed to the victims of their fraud.

This document fabrication business frustrates all of us including Lynn Szymoniak, the whistleblower who helped expose fraudulent mortgage assignments at DocX and made famous the various handwriting alternatives of Linda Green. “The most disappointing thing,” Szymoniak said, “is if I walked into a court in Florida right now, I’d see people losing their homes with Linda Green documents.”

We, the people of this country have been seriously damaged by acts of fraud created to confiscate the properties and lands of the states. By allowing fraudulent foreclosures to continue, states are losing their borders to foreign investors as debt is packaged and sold in bulk. No longer is this land free – it is over-leveraged and weighted down by debt that is handed off internationally in fraudulent packaging ripe for takeover.

State legislators, governors and judges are too busy filling their pockets with golden apples from the fruits of their questionable labor that they miss the big picture where the land and the rights of the people they are sworn to protect is being swept away right under their feet. At some point foreigners will stake claims to our lands like gold diggers did in the gold rush – only there will be no way to recover the properties. The legislators and the governors will be gone and the state borders will be but a blurry line. 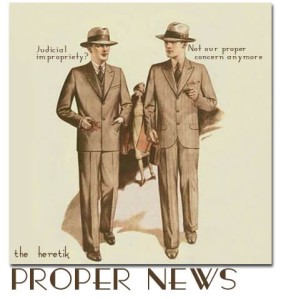 Many courts are creating significantly bad case law when they know they should be looking, sua sponte, at the fraud. These creatures of judicial guidance have been sucked into the Wall Street vacuum by heavily investing their savings and profits to the point of ruin if the banks failed. It is very difficult to deliberate over matters that could directly impact your own future.

Bad decisions against homeowners will resonate for years allowing foreigners, or anyone willing to commit fraud (which because of bad case law has basically become legalized) to takeover America. By our own misguided laws and court decisions, we’ve allowed the breakdown of the system that maintained our property rights for more than 300 years.

Locally, it appears there is no one protecting you. Notice the bulk of state legislation is nonsensical diatribe in an effort to look like they are earning the salaries we pay them. Very few have stood up and demanded investigation into the public land records. Most have defended the fact that they are not responsible for fraudulent filings and many are trying to legalize the way the document fabricating companies are doing business or making it easier for the banks to forge documents.

Be aghast at the lack of protection and be concerned that our powers as the “people” have lessened. Do not continue to re-elect legislators, locally or in Washington, that are not clearly willing to first and foremost protect the land.

Only when we address the damage being done at the homeowner level will we begin to crawl out of this recession aka depression. And only when we re-instate laws like Glass-Steagall will we even begin to scratch the surface of resurrecting and perfecting our property titles that have been eroded by the fraud and corruption. The Life of the Land is Perpetuated in Righteousness

This was the day that sovereignty was restored to Hawaii by proclamation of Queen Victoria following a five-month-long rogue British occupation.