The time has come to rattle the cages of our Attorneys General, our Governors, our Congressional Representatives and State Legislators.

We need to tell them that we support New York’s Attorney General Schneiderman! The one true Super Hero, Eric T. Schneiderman, AG of the great state of New York understands the vast amount of fraud that is associated with securitization.

Schneiderman is not willing to fall in the Obama line dance and allow the banks to get off nearly scot-free for ALL of the wrongs, frauds, abuses and Ponzi scheming that they’ve done. The fearless leader has been outspoken because he knows, just like his predecessor, Elliot Spritzer, that these banks have committed crimes that surpass any “get out of jail” free pardons the failed Obama administration might be willing to give.

For standing up to Wall Street and fighting for the people of New York, Eric T. Schneiderman, the top prosecutor in New York, was removed on Tuesday from a committee of state attorneys general investigating mortgage abuses. How utterly outrageous… and we know exactly where this came from.

In recent months, Mr. Schneiderman has voiced concerns over a proposed settlement between major banks and a coalition of federal and state officials over claims of foreclosure abuses. He has come under increasing pressure to approve the deal.

Mr. Schneiderman has said that he opposes any deal that gives participating banks a 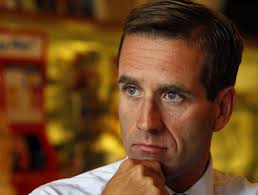 release from other litigation surrounding their mortgage activities. Attorneys general from other states have also questioned aspects of the deal, including Beau Biden of Delaware.

Mr. Schneiderman “has and continues to raise important and legitimate concerns about the scope of the releases being demanded by the banks as part of the multistate settlement, concerns he and I have raised for many months with our colleagues,” Mr. Biden said in a statement.  [CONTINUE READING on NY Times]

Top Obama administration officials recently reached out to Schneiderman and his allies, effectively requesting he get in line, people familiar with the discussions said. The New York Times editorial board on Tuesday declared that Schneiderman “should stand his ground in not supporting the deal.”

Thank God for Attorneys General like Schneiderman, Coakley, and Biden. They are a new breed of conscious Americans that realize the damage these banks have caused to the entire nation.  We need to stand up – get off our proverbial butts and support these folks. 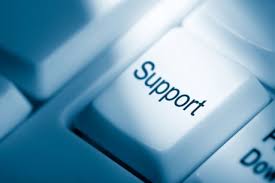 Make phone calls, write letters send emails and flood your state and federal representatives, your Attorney Generals, your Governors and tell them that need to get the testicular fortitude to do what they know is right and stand up for American and NOT the banks! Tell them you want them to support AG Schneiderman!

The offer of $20 Billion dollars might sound like a lot to the average person – but divide that among 307,000,000 (million) Americans for the damage to our property values, the loss of our pension and retirement funds, our savings, our kids college education and its like pissing in the wind.  It’s about $65 per person!

These banks and their securitization Ponzi scheme collapsed our economy. They defrauded American homeowners and investors around the world.  Technically, they have caused the terrorism and hatred of Americans that we are faced with by depleting the assets of dangerous world leaders like Gaddafi where Goldman Sachs gambled and lost 98% of his $1.3 billion investment.  Frankly, do we really want to go to war and lose the lives of our brave soldiers in order to protect these bankster from being beheaded?

Let’s get real tough here America. These banksters swindled more than $140 TRILLION (that’s TRILLION with a “T”) in their UNREGULATED derivatives scheme from investors and the American public.  Do you really think they should be allowed to walk away from depleting your assets, your equity, your retirement & pension and destroying the lives of

the American people for $65.00 (that’s your share)?  Yeah, sixty-five dollars each is all they are offering you, me… us.

Whether or not you are in foreclosure or bankruptcy – YOU ARE AFFECTED!  You property value has declined – your pension funds are likely gone, your state is in turmoil and trying desperately to cover up the bad investments they made and climb out of the hole – as they tax us to death. Even as a renter your home is unsecure because at anytime your landlord could go under – and then you are out on the street.

Even the Huffington Post is reporting that, “Elizabeth Warren, who until recently was a senior adviser to President Barack Obama and Treasury Secretary Timothy Geithner, told a congressional panel last month that government agencies may not have sufficiently investigated claims that borrowers’ homes were illegally seized.

Schneiderman, a Democrat who’s in his first term as New York’s top law enforcer, has been among a group of state legal officers who has also questioned the desire for a speedy resolution. He’s leading his own investigation into mortgage improprieties, subpoenaing documents from the nation’s largest financial institutions and reviewing court records for possible illegal home repossessions.”

In a statement of support for Schneiderman, Biden said that the “events leading up to the mortgage crisis must be fully investigated, including origination and securitization practices, before any broad immunity is granted.”

“The American people deserve an investigation,” he added. [CONTINUE READING on Huffington Post]

Do AGs Jay Paige and David Louie see it in Hawaii? How about AG Kamala D. Harris in California?And what about AG John Kroger in Oregon – where does he stand?

These AGs are all good, tough crime fighters. Maybe its time we call them and their bosses – the Governors, and tell them America does NOT want this slimy small bankster settlement – the American people deserve a FULL investigation. Hold them all to the same standard that New York and Delaware taxpayers do. Get behind them and unleash them. AGs live to fight crime – they need a public mandate to override the Oval Office crony protectionism.

The real truth is that the investors are not going to come back and save Wall Street without adequate federal regulation of derivatives – no matter how many foreclosures, settlements or investor payoffs the banks make.  It is delusional for our government to

even remotely think that without regulation anyone would be stupid enough to put their money into Wall Street.  And it is criminal to continue to protect these Ivey Leaguers any longer.  Build them a nice prison – but get them off of Wall Street and get Wall Street out of the White House and Washington, DC.

Now you can sit on your couch and watch the reruns on TV – or you can pick up your phone or go to your computer and contact these government folks that work for you – that you elected and you pay for with you hard earned tax dollars – and you can demand that they listen.

But if you sit on your couch and wait for someone else to make the calls – it may be too late.  Stand up and support our Super Heroes.  These are the guys that will save America – not Obama, not Geithner or Bernanke, not  Palin, Paul, Bachmann or Perry. The AG Super Heroes can save our economy by locking up the bad guys that took it down.

Support our AG Super Heroes – Today!
Make the calls – maybe your AG will want to be a Hero and join.