This week’s IDIOT focus is on Chairman Ben S. Bernanke – Semiannual Monetary Policy Report to the Congress Before the Committee on Financial Services, U.S. 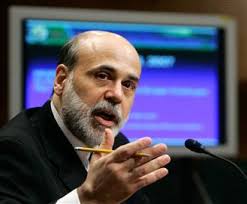 House of Representatives and Committee on Banking, HOusing and Urban Affairs, U.S. Senate, Washington, D.C. ON July 13, 2011 and July 14, 2011, respectively.

Chairman Bernanke presented his overview of a weak economy, suffering because investors just don’t want to come back to Wall Street like they had earlier this decade.

Mr. Bernanke, do you think it might be due to the numerous investor lawsuits for securitization fraud and deception caused by [your pals] Wall Street’s greed and Congress’ failure to regulate derivatives?… Maybe, yeah?  You ask Congress for an incentive to bring investors back – regulation might be a good start to stabilization…’cause it sure didn’t work the other way!

Bernanke remarks that housing construction is still flat – this is the statement of person sorely out of touch:

“[R]esidential construction activity remains at an extremely low level. The demand for homes has been depressed by many of the same factors that have held down consumer spending more generally, including the slowness of the recovery in jobs and income as well as poor consumer sentiment. Mortgage interest rates are near record lows, but access to mortgage credit continues to be constrained. Also, many potential homebuyers remain concerned about buying into a falling market, as weak demand for homes, the substantial backlog of vacant properties for sale, and the high proportion of distressed sales are keeping downward pressure on house prices”

Yes, Mr. Bernanke – construction activity is flat. Demand for homes has decreased after your pals caused foreclosures and created bad mortgage documents on over 67 million American households, yeah – I guess you can say that has depressed the market.

The construction industry plays a powerful role in sustaining economic growth, in addition to producing structures that add to our productivity and quality of life.  If this segment of the population isn’t moving well – it will obviously affect the rest of the community. Whose fault is it that they are unemployed?  Whose fault is it that they can’t meet their mortgage payments?  Who actually injured them?

Reckless, careless disregard, negligence and so much heat from a securitization Ponzi scheme melted America’s truck of economy and it’s not going to move until construction / construction manufacturing and housing / labor are fixed.

The people that were immediately affected by Wall Street’s collapse of the economy were construction related which was driving our economy.  Your pals, Mr. Bernanke, put them out of work, trashed their credit and fraudulently foreclosed on their homes. This is a massive work force.  It’s the buzz in the beehive that keeps the economy strong.  It’s not coming back any time soon – neither are the investors until there is some assurance that the chances of fraud are eliminated and the derivatives regulated.

limitations to expire on fraud – but that will only continue the plummeting economy.  You are either an idiot or just buying time for the banksters – because you certainly are not speaking to what needs to be done for the majority of hard working Americans.

Due to the massive foreclosures, glut on the market of empty homes, fraudulent re-purchase of foreclosed properties known as REOs (bank owned real estate), the the economy cannot rebound. There are very few loans available to even buy foreclosed homes, the credit of Americans in need of homes has been trashed eliminating them from the ability to buy and even rent.  Cash deals from foreign countries are coming in – yet they really don’t know if they have a clear title, and that will likely cause another tsunami of legal battles to flood our courts.

Construction, a trillion+ dollar industry, was in full force until 2007.  It plays a vital roll in the economic truck that drives our economy.  The damage to this key industry has far reaching implications caused directly by the corporate greed, no sense of consequence, consideration or compassion of the financial institutions, their investment firms’ and insurance companies partners. This is the cartel that formed Mortgage Electronic Registration Systems, Inc. (MERS) apparently with an intent to defraud America – if not the world.

Construction, the housing market, as well as other viable industries are at a standstill because the questionable legal and public policy foundations of this odd, but extremely powerful company known as MERS, are so interwoven and attached to America’s financial destiny.  When Congress put Fannie and Freddie under conservatorship they should have included MERS who has been in bed with the deadly duo since it’s own inception.

Historically, residential investment has recovered before the overall economy, leading the way out of recession. The role of residential investment as an engine of recovery has been missing in this instance.  Since reaching a peak in the spring of 2006, payroll employment in residential construction has declined from 3.45 million (seasonally adjusted) to 2.15 million, or nearly 38% (nearly the same rate on the average as the home loan inflation) by 2009.

Mr. Bernanke, if you really want the American economy to stabilize and investors to return you need to recognize and correct the damage to the construction industry and work force that Wall Street devastated. 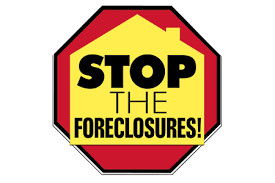 You can’t give America back their lost investments and equity in their homes, or turn back the clock to the boom and provide the lost income from their jobs, or erase the last 4 years of emotional stress and family discord that this Wall Street Ponzi scheme caused – but you can give them back their homes and credit, strip out the inflation created by the banksters and reconstruct the loans with the borrowers at 2% for 30 years in lieu of litigation.

Investors certainly see the instability you and your pals are causing – why can’t you?

6 thoughts on “Idiot of the Week – Ben Bernanke”