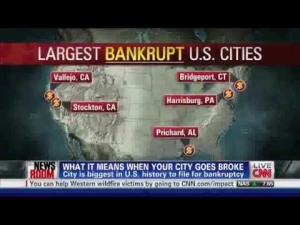 Whether you know it or not the derivative damage that caused the 2008 financial massacre and millions upon millions of foreclosures continues to plague America in ways that are unfathomable.

You can blame deregulation of the financial industry, too much dirty money in state and federal politics, outright bribery, a lack of moral and ethical behavior and a significant blur between the three branches of government that were originally designed to be oversight protection.

You may not know that the $700 TRILLION+ debt created on Wall Street took out (destroyed, eliminated, stole) billion$ of pension and retirement funds from nearly every aspect of government, trade unions and corporate 401ks to the point that severe cutbacks had to be made from furloughs to total haircuts… And now these lousy, corrupt and bribe-r-us bankster created investment vehicles have wiped out the futures of millions of American families – and many don’t even know it yet… but your politicians do.
See: The Sucker Punch – The Elite’s Attack on Pension and Retirement Funds END_OF_DOCUMENT_TOKEN_TO_BE_REPLACED