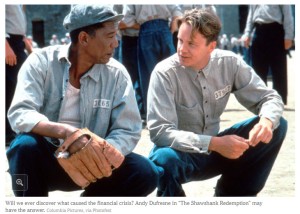 The eighth anniversary of the 2008 financial crisis is almost upon us, making this as good a moment as any to take stock of how little we know still about the bad behavior and deception that occurred inside the big Wall Street banks that helped to cause it — and how little we may ever know.

A wave of settlements between Wall Street and the Justice Department and regulators resulted in fines in excess of $200 billion flowing from the shareholders of these firms into the coffers of the various federal and state government entities. These payments still feel to me more like extortion than justice. After all, if the prosecutorial arm of the federal government that regulates you demands a 10- or 11-figure payment, it seems pointless to argue.

The settlements also had another extremely disturbing aspect to them: They allowed the big banks to obfuscate the extent of the wrongdoing. The so-called Statement of Facts documents that accompanied these financial settlements were anything but statements of facts about what occurred. Instead, they were mealy-mouthed cover-ups of activity in the years leading up to the crisis. Settlements being settlements, it is highly unlikely we’ll ever see the relevant evidence behind them.

But fortunately, thanks to two separate court maneuverings in recent weeks, we may yet 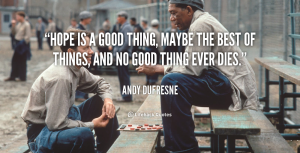 discover more about what happened on Wall Street that caused, exacerbated or tried to cover up the unfolding crisis. As Andy Dufresne reminded us in “The Shawshank Redemption,” “Hope is a good thing, maybe the best of things, and no good thing ever dies.”

The first glimmer of hope — and this seems truly like just a glimmer — is the unusual request last week by Preet Bharara, the United States attorney in the Southern District of New York, to have the Second Circuit Court of Appeals reconsider its May decision to overturn the $1.27 billion verdict against Bank of America’s Countrywide Financial in the so-called hustle fraud. That was the case in which 17,000 shoddy mortgages were sold in 2008 to Fannie Mae and Freddie Mac. In asking the Second Circuit to reconsider the decision, Mr. Bharara said he believes its May ruling “overlooked a wealth of evidence presented at trial that defendants made fraudulent misrepresentations at the time each loan was sold, well after the contracts’ execution and during the course of the performance of the contracts.” He added, “Those errors warrant rehearing.”

Mr. Bharara is certainly right that the Second Circuit’s decision to vacate the lower court’s ruling was shocking. But the chance that the three-judge panel will overturn its own decision seems nestled somewhere between slim and none. 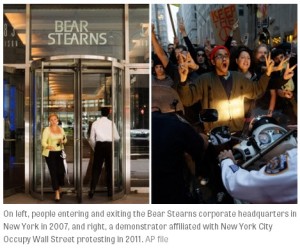 More hopeful was federal Judge Robert Sweet’s late July ruling to allow an unhappy former shareholder’s lawsuit to continue against the defunct Bear Stearns and two of its most senior former executives, James Cayne and Warren Spector. Bruce Sherman — once the firm’s largest shareholder — has claimed that Bear and its executives withheld crucial information about its financial condition as it was going down the tubes in March 2008. Mr. Sherman lost something like $500 million when Bear collapsed. (The cost of any verdict against Bear would be borne by JPMorgan Chase, which assumed Bear Stearns’s legal liabilities as part of its May 2008 acquisition of the company.)

Judge Sweet ruled that Mr. Sherman had “provided evidence to show that facts that should have been disclosed were withheld from the public.” (In April, I wrote about the damning emails by and among Bear executives that Mr. Sherman discovered as part of the litigation.)

Among the evidence the judge cited was an Aug. 3, 2007, email from Sam Molinaro, the chief financial officer, to Mike Minikes, another senior Bear executive. The email was after Standard & Poor’s, the ratings agency, changed its credit outlook on the firm to negative from stable after the liquidation of two Bear Stearns hedge funds — both full of risky mortgage securities — that brought billions of dollars of squirrelly assets onto the firm’s balance sheet.

The same day as that email, Mr. Molinaro told investors that the firm’s liquidity position was “very strong.” After S.&P. changed its outlook, he told Mr. Minikes in the email, “We need to create more liquidity ASAP.” [DC Ed. Good-bye pension funds]

With “respect to liquidity,” the judge also wrote last month, Mr. Sherman “points to discrepancies between representations that Bear Stearns had sufficient liquidity and evidence from inside Bear Stearns demonstrating an active attempt to hide facts contradicting those statements when they were made.” Ouch.

Thanks to the opaqueness of the settlement agreements between the Justice Department and the big Wall Street banks, we are unlikely to know the full extent of the wrongdoing on Wall Street that helped to cause the most severe financial crisis since the Great Depression.  READ MORE…HERE