While you were tacking on the last sequins of the Halloween costume and watching the World Series – the banks were handing out cash for votes to scale back the Dodd-Frank Wall Street reform law. You probably didn’t hear about it because after that the TSA shooter dominated the news. Another special from “Whaddah I miss?”

Big banks and their allies in Congress have been pushing to undo part of the law that calls for walling off risky derivatives trading by investment banks from government backstops such as deposit insurance. They say the rule is unnecessary and would be expensive for banks. Ah shucks… TFB for the TBTF. A total of 70 Democrats joined Republican lawmakers in a vote to scrap the so-called push-out provision for most types of derivative trades, defying the will of the White House, which had called for the rule to remain in place.

The House of Representatives voted on a bipartisan bill to repeal financial bailout protections that Congress passed in 2010 as part of the Dodd-Frank Wall Street Reform and Consumer Protection Act. [IT PASSED]. The bill, H.R. 992 or the “Swaps Regulatory Improvement Act,” would severely limit the reach of Sec. 716 in Dodd-Frank, which requires banks that are eligible for Federal Deposit Insurance Corporation or Federal Reserve lending discounts to spin off their derivatives activities into separate corporate entities that would not be eligible for federal assistance. Read more on Forbes HERE.

According to the New York Times, lobbyists from Citigroup C -0.56% played a major role in the bill’s creation: “Citigroup’s recommendations were reflected in more than 70 lines of the House committee’s 85-line bill,” Eric Lipton and Ben Protess write. “Two crucial paragraphs, prepared by Citigroup in conjunction with other Wall Street banks, were copied nearly word for word. (Lawmakers changed two words to make them plural.)” Data: MapLight analysis of campaign contributions to members of the House of Representatives from interest groups supporting and opposing H.R. 992 from January 1, 2011—December 31, 2012. Data source: OpenSecrets.org 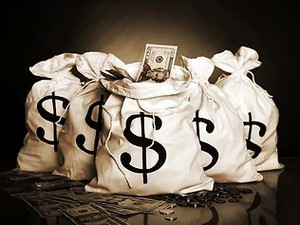 Representative Randy Hultgren, R-Ill., the primary sponsor of the bill, has received $136,500 from the Securities and Investment industry, more than from any other industry. For previous analysis on H.R. 992 see our posts from when the bill passed the House Financial Services Committee and the House Agricultural Committee.  Read more on Forbes HERE.  BTW – Are you folks in Connecticut, Ohio and Illinois going to vote these filthy rich yayhoos back in office next year?! 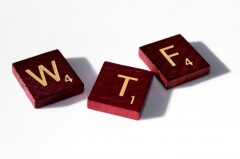 bank-lobbied bill because, “[T]his bill does not expose the taxpayer to any additional risk,” said Representative Carolyn Maloney, a New York Democrat who voted to scale back the rule. How do you spell idiot? 70 Democrats voted with 222 Republicans to pass the bill. Hey there – have any of you 70 wild-ass renegades read any of the Wall Street tell-all books?

Former Rep. Barney Frank, for whom the law was named, later said he never thought it was necessary, and Federal Reserve Chairman Ben Bernanke has also said it is not clear that setting up separate swaps entities would make banks safer. Well, of course not – they’ve been paid handsomely and have never bothered to pass a law that mandates counting all of the derivatives that have plagued the world. 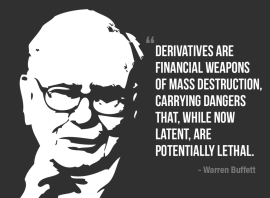 Warren Buffett on Derivatives (2002):   “I view derivatives as time bombs, both for the parties that deal in them and the economic system. Unless derivatives contracts are collateralized or guaranteed, their ultimate value also depends on the creditworthiness of the counter-parties to them. But before a contract is settled, the counter-parties record profits and losses – often huge in amount – in their current earnings statements without so much as a penny changing hands.

Reported earnings on derivatives are often wildly overstated. That’s because today’s earnings are in a significant way based on estimates whose inaccuracy may not be exposed for many years.

Many people argue that derivatives reduce systemic problems, in that participants who can’t bear certain risks are able to transfer them to stronger hands. These people believe that derivatives act to stabilize the economy, facilitate trade, and eliminate bumps for individual participants. On a micro level, what they say is often true. I believe, however, that the macro picture is dangerous and getting more so. Large amounts of risk, particularly credit risk, have become concentrated in the hands of relatively few derivatives dealers, who in addition trade extensively with one other. The troubles of one could quickly infect the others. 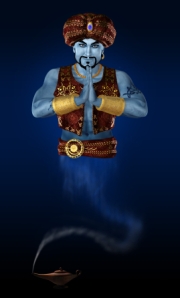 The derivatives genie is now well out of the bottle, and these instruments will almost certainly multiply in variety and number until some event makes their toxicity clear. Central banks and governments have so far found no effective way to control, or even monitor, the risks posed by these contracts. In my view, derivatives are financial weapons of mass destruction, carrying dangers that, while now latent, are potentially lethal.” [Warren was right in 2002 and it is even worse now. DC Ed.]

And while Obama on Monday did call for the push-out rule to remain in place, he stopped short of threatening to veto the legislation, as he has with other bills.

Still, backers of the pushout idea say it would keep banks from making wild trades while counting on federal support, such as the Fed’s discount window, if their trades go wrong. “This bill would allow Wall Street’s too big to fail banks to use insured deposits for their derivatives trading and gambling. That is indefensible,” said Dennis Kelleher at Better Markets, a financial reform lobby group. 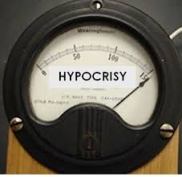 Following the law’s directions, regulators wrote a rule forcing banks to either split swaps trading off into separate arms or else forgo federal support. But they gave large investment banks such as JPMorgan Chase, Citigroup and Bank of America two extra years to comply with the rule.

Read more on Huffington Post HERE. Thanks to DC Lex Gnosticos for the tip and Dale for the research.