What does a hypocrite look like? The poster boy for the Republican “Height of Hypocrisy” is Texas 5th District Congressional Representative Jeb Hensarling. The Republicans claim to be for state’s rights, tight borders, and Texas wants to secede from the Union… Yet this whopping idiot wants a national land registry…blur the lines between the states and allows foreign ownership and control!

Apparently, his recent date with Wall Street has thoroughly discolored his state’s rights land recordation thought process. In January this year, Rep. Jeb Hensarling ascended to the powerful chairmanship of the House Financial Services Committee. Six weeks later, campaign finance filings and interviews show, Hensarling was joined by representatives of the banking industry for a ski vacation fundraiser at a posh Park City, Utah, resort. Oh, and not just any resort. “The congressman’s political action committee held the fundraiser at the St. Regis Deer Valley,

the “Ritz-Carlton of ski resorts” known for its “white-glove service” and for its restaurant by superstar chef Jean-Georges Vongerichten,” writes Huffington Post.

This is a luxury Park City resort on the slopes of Deer Valley. “The St. Regis Deer Valley is a sanctuary for the soul with rustic elegance.” St. Regis service and amenities include a private ski beach, split-level infinity pool, exquisite dining and Remède Spa. This is a retreat in grandeur with spacious luxury suites and spectacular views of the Wasatch Mountains. In other words, this typical Wall Street style party is still enjoyed today even after they crashed our economy and continue to be sued, fined and in forced into settlements due to their fraud and deceit. Yes, ol’ wannabe Jeb was among ’em.

“There’s no evidence the fundraiser broke any campaign finance rules. But a ski getaway with Hensarling, whose committee oversees both Wall Street and its regulators, is an invaluable opportunity for industry lobbyists,” continues HP [read more]. 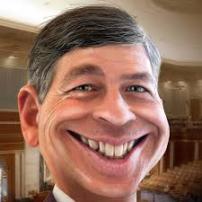 It appears Congressman Hensarling let the altitude swell his brain because he came back and carved out a bill for a National Mortgage Data Repository that most people who realize how utterly outrageous and deceitful Mortgage Electronic Registrations Systems, Inc. has been to the mortgage and land recordation would call treason.

To put it as succinctly as MSFraud did this morning:

This [bill] would wipe away in an instant all the challenges to the failures in securitization. Under this new process, all property and due process rights that we currently hold would be subservient to the ability for a note holder to get its documents blessed by the repository. Judges would have to follow the statute, and regardless of robo-signing, backdating, forgery, lost notes that magically reappear, or the failure to properly convey notes to the trusts, they would have to treat any registrant from the repository as having an enforceable right to foreclose. Take all the questions arising from whether MERS has the legal right to foreclose, and all the myriad of problems with mortgage documentation, and just will it away with a brand-new private database that pre-empts all those questions and concerns. All those losses MERS has suffered in state courts? Gone.

All those problems servicers are having foreclosing in states like Nevada and California and elsewhere? Poof!

States have always controlled property law, and this Republican bill would wrest away that state control, putting it not in the hands of the federal government, but a private entity.

The banks would be able to foreclose because a repository (in all likelihood owned by the banks), said they had that legal right. People thought the IRON Act would clean up the banks’ problems; this does all of that and much, much more. The provision is best described as Foreclosure Fraud-Away.

What more is there to say? Are you ready for the NPT – National Property Tax? Maybe we should create the patent now? Fill in the blanks later – just like the banks. Oh Pleeeeese!

The states should control their own land. Creating this piece of legislation could eliminate all rights to eminent domain. And there goes that threat of secession… Let’s face it – this is just another avenue the banks are using to get around the deceit and fraud they’ve caused in their latest land grab escapade. Or maybe it’s the fear that the next President might not be so wimpy.

“I LOVE MY STATE REGISTRY SYSTEM”

Seriously, call, email, and/or tweet your United States Congressional delegates – all of them in the House and Senate – and tell them you do not want a National Mortgage Data Repository. Not now, not ever. And certainly not before the mess from the last Ponzi scheme headed by the members of MERSCORP, Inc. and its straw man Mortgage Electronic Registrations Systems, Inc.has been cleaned up and put out of its misery.

No excuses – Please call, email or Tweet them ASAP:

Special thanks to Jack Wright – MSFraud.