New York Times Opinion Pages printed an article by Joseph E. Stiglitz, a professor of economics at Columbia and Mark Zandi who is the chief economist at Moody’s Analytics. The story, “The One Housing Solution Left: Mass Mortgage Refinancing” started out by stating:

“MORE than four million Americans have lost their homes since the housing bubble began bursting six years ago. [Ed. note: On what planet have these fellas been living over the past 6 years?!] An additional 3.5 million homeowners are in the foreclosure process or are so delinquent on payments that they will be soon. With 13.5 million homeowners underwater — they owe more than their home is now worth — the odds are high that many millions more will lose their homes.”

First, there are 2.5 – 2.8 Americans per home. In January 2011 CNBC reported over 18.5 million vacant homes.  In addition, approximately 3.5 million people in the U.S. are homeless, many of them veterans. There have been over 9.7 million bankruptcies since 2005 (about the time the initial ARMs started to detonate). Any way you dish it out there are over 55 million “Americans” directly affected and another 25 million “Americans” on the horizon.

Let us not forget those who have lost their lives and loved ones in the foreclosure war. There have been heart attacks, suicides, cancers, divorce, murders – much more violence and depression than anyone is willing to acknowledge.

That equates to 210 million “Americans” living (or lived) in homes with defective mortgage products who were ripped off by Wall Street in an unregulated securitization Ponzi scheme.

Granted, the statistics are all over the board and have been bandied about depending upon who was spouting the numbers – and it’s no secret the government and the political parties want very much to ignore the fact that these statistics even exist. But we have to face the facts that these numbers are growing – not slowing down and continue to weaken our shaky economy.

Political candidates do not want to discuss foreclosures. It’s as if it were “in bad taste” to openly acknowledge the banks’ dirty deeds.  Even the Democratic 2012 Presidential Survey failed to even mention foreclosures in any of its survey including the “17 national issues” and their level of priority. Shame!

RSN published a story in January 2012 reporting that “since 2007, banks have foreclosed around eight million homes. It is estimated that another eight to ten million homes will be foreclosed before the financial crisis is over.”  There is no doubt that the press releases from the banks shave off the numbers – though it’s pretty safe to say we exceeded ‘4 million foreclosures’ a long time ago – despite the bank, the bank owned media and government attempts to lessen the counts.

Of course it does! And how good of you, sir, to recognize it. Too bad the politicians don’t understand that construction, construction manufacturing, housing and labor were 2 big fat

tires on the old truck of the economy that have been flatten by the corruption of the Wall Street securitization Ponzi scheme and melted our economy. The truck isn’t going to be moving anytime soon because when the tires blew out it took with it an entire generation of construction companies and workers who were headed for retirement… Retirement – that’s a joke, yeah?

The opinion continues:  “While half a million homeowners could be helped with a principal writedown, the regulator, Edward J. DeMarco, argued (we believe incorrectly) that helping some homeowners might cause others who are paying on their loans to stop so that they also could get their mortgages reduced.”

You got that right too, Professor, however – let’s just be frank – tell President Obama to fire DeMarco because it’s obvious DeMarco is either dumb as a stump or on the take. As a wise man once said in a similar situation – he’s “either corrupt or crazy.”

Now, Professor Stiglitz thought, “Senator Jeff Merkley, an Oregon Democrat, has proposed a remedy. Under his plan, called Rebuilding American Homeownership, underwater homeowners who are current on their payments and meet other requirements would have the option to refinance to either lower their monthly payments or pay down their loans and rebuild equity.

A government-financed trust would be used to buy the mortgages of homeowners who had refinanced at an interest rate that was about 2 percentage points more than the record-low Treasury rates at which the government borrows. This would generate enough interest income to cover the costs of any defaults, administration of the trust and other expenses. Families would have three years to refinance; after that, the trust would stop buying loans and eventually wind itself down as homeowners repaid their loans.”

DeadlyClear thought that too a year ago and most foreclosure victims and their families agreed. But time has since passed. Foreclosure victims have learned a lot more about the securitization scheme – the Libor issue alone is paramount.

And as for the comment:  “The federal government could finance the plan directly, through the Federal Housing Administration, or indirectly, through the Federal Home Loan Banks, which offer government-backed credit. Or the Federal Reserve could underwrite the plan; the central bank’s chairman, Ben S. Bernanke, recently talked about the Fed’s doing something akin to the Bank of England’s new Funding for Lending program, which offers incentives to banks to increase lending to households and nonfinancial businesses.”  All anyone in foreclosure defense can say is, “Oh pleeeese –  Get real! Get a grip! Step into the real world! Catch up!” Clean house and start over with fresh new perspectives – not the same old crap.

Nobody seems to recognize just how vast the actual figures are – probably because they are so appalling. Maybe that’s because only about 2% of homeowners can actually afford 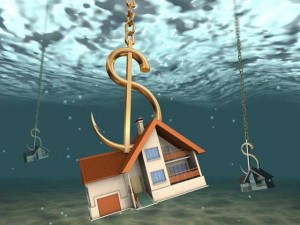 an attorney capable of battling the banks. The majority of U.S. homes are underwater due to the fraud perpetrated on the homeowners. Patents (yes, USTPO mortgage related patents filed in the thousands by the banks) describe how unimportant appraisals were. The borrower’s credit score and revenue stream became the sales pitch to the investors. Algorithms were created using the borrower’s behavior and designed to dangle cash and credit until he reached “tilt.” Detonation paid off in insurance policies until the insurance companies realized they’d been duped too…

Whether you are in foreclosure or not, the value of your home is affected.  It is significantly less than it was 4 years ago. Mass refinancing is not the answer – sadly. Because mass refinancing does not fix the inherent problem. Between purposely inflated appraisals, fictitious LIBOR rates, fraudulent assignments of mortgage (since the loans never properly entered the REMIC trusts), loss of privacy (due to the data storage of the borrower’s credit and personal information shared by all the banks and their affiliates) and emotional distress of foreclosure and phony modification plans that were designed specifically to place them in default so banks could collect insurance and never to refinance the loan) – the best thing to do at this time is call a moratorium on all foreclosures, evictions and deficiencies and investigate the entire operation.

Since this Wall Street mortgage Ponzi scheme affected an entire nation of homeowners – the opportunity to void fraudulent documents should be open to everyone. The playing field should be leveled.

The assessment should start with: (A) the amount of money the homeowner borrowed – (B) subtract his downpayment, all payments made to date, taxes and insurance and any asset improvements he made based on reliance that his home was his investment – eliminate all reference to interest (LIBOR was fabricated and well as the methodology for all fixed interest rate selection); and subtract A from B (A – B = C).

“C” is the amount used to offset the bank fraud and emotional distress. If there is anything left that should be refinanced by state programs where the states collect the mortgage payments to replenish the pension and trust funds they gambled away in fraudulent, empty, unregulated securitized trusts.

We all agree with Prof. Spiglitz and Mark Zandi that the Merkley plan had a “successful precedent in the Home Owners’ Loan Corporation, established in 1933. It swept more than a million Americans out of foreclosure and into the long-term, stable mortgages that would become the hallmark of the middle class during the 1950s and ’60s.”  However, “[U]nder his plan, called Rebuilding American Homeownership, underwater homeowners who are current on their payments and meet other requirements would have the option to refinance to either lower their monthly payments or pay down their loans and rebuild equity,” here we go again with 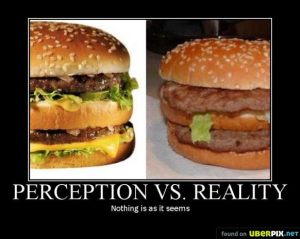 the offensive language and seriously stupid oversight. Those that were on the ground floor of the crash were suffocated and crushed – and by ignoring them it only continues the narrow-minded view of what really happened.

“These mis-perceptions essentially bury the 7-10 million homes (effectively 25 million humans) that were on the ground floor when the towers of the economy collapsed – and they incurred the worst injuries. And before you ask is this a comparison to 911 – this financial force majeure is a man-made disaster affecting many millions of Americans across the country with psychological damage, the loss of the homes, personal belongings, savings and security… divorce, and in some cases death (a lot more than has been reported) and is a full blown tragedy of epic proportions that in a lot of ways was/is as much or more destructive than 911 and from which many people many never recover.”  See A Leopard Doesn’t Change It’s Spots – Don’t Expect Wall Street Banks To.

It may not be the precise HOLC plan that needs to be revived – but maybe an updated version… and very soon.

“Since the Great Recession began almost five years ago [Ed. note: Actually it started in 2006.], housing has been at the heart of our economic woes.

If we do nothing, the problem will eventually resolve itself [Ed. note: Doubtful.], but only with significant pain and a long wait.”

Obviously, something other than what the current politicians are ignoring would speed the healing.

5 thoughts on “How Far From the Truth Will They Venture to Go?!”