As most of us are aware – it’s about time that MERSCORP, Inc. became the thrust of the AG’s investigations. It’s also about time that JUDGES started reading up on the lawsuits against MERSCORP, Inc. and it’s “straw man” empty shell entity Mortgage Electronic Registration Systems, Inc. and quit giving them a free ride. STOP making BAD law thinking you are protecting your pension and retirement funds – THEY ARE GONE!

If there is one MUST WATCH interview for all Legislators, lawyers and JUDGES – it’s the MADDOW – BIDEN interview on MERSCORP, Inc. CLICK HERE and pass it along to your friends on the judiciary committees and the Judges on the bench. 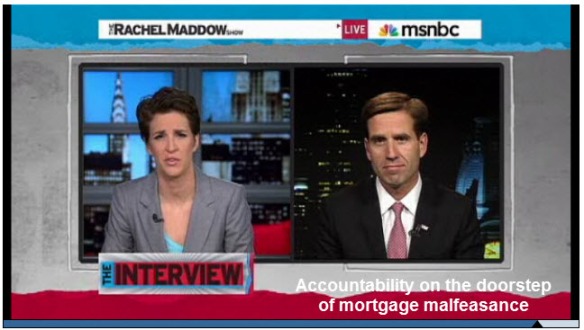 Zero Hedge has detailed about the best overview of the Delaware lawsuit against MERSCORP, Inc. on behalf of the borrowers – YES, the consumers are finally being acknowledged.  As mentioned in MERS vs. MERScorp – Looks Like They are One-in-the-Same (Oct. 10, 2011), Defendant MERSCORP, Inc. had registered and trademarked MERS ® (Trademark Documents) but failed to use either the trademark or their legal name in over 67 million mortgages…MERSCORP, Inc. worked through a “straw man” empty shell corporation – the alleged 3rd version of Mortgage Electronic Registration Systems, Inc. …Ya think there was a good reason for that?  You betcha.

Wilmington, DE – Delaware Attorney General Beau Biden filed suit today (DE-v-MERS) against the shadow mortgage registry known as MERS that is at the center of the 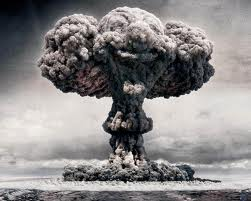 “Since at least the 1600s, real property rights have been a cornerstone of our society,” said Attorney General Biden. “MERS has raised serious questions about who owns what in America. A man or woman’s home is not just his or her largest investment, it’s their castle. Rules matter. A homeowner has the obligation to pay the mortgage on time, and lenders must follow the rules if they are seeking to take away someone’s house through foreclosure. The honor system won’t work.”

MERS, which is incorporated in Delaware and based in Northern Virginia, was formed in 1995 to facilitate the growing mortgage finance market. Large banks, such as Bank of America and Wells Fargo, the quasi-governmental institutions Fannie Mae and Freddie Mac, and other participants in the mortgage-lending industry created MERS to bypass the county Recorders of Deeds offices throughout America. Unfortunately, there was little to no outside oversight of MERS’ murky registry or transparency for homeowners. MERS did not meaningfully audit its records and failed to even enforce its own rules governing members’ conduct.

The complaint cites an example of a recent foreclosure in New Castle County in which MERS foreclosed on a loan in which it had no interest and without naming the real party in interest. In fact, the entity upon whose behalf MERS sought to foreclose had actually been dissolved months prior.

MERS’ own records indicated numerous transfers in and out of MERS that were not reflected in the county records, as required by MERS’ own rules. The confusing path and inaccurate records associated with this mortgage are not an isolated instance of bad record keeping by MERS. Rather, this type of confusion is endemic to the entire MERS System.

The Kansas Supreme Court has issued its opinion in Landmark National Bank v. Kesler (No. 98,489), a complex foreclosure proceeding. In a unanimous opinion, written by Justice Eric Rosen, the Court held that under the circumstances of this case the second-mortgage holder could not undo the foreclosure that had been performed and settled by the first-mortgage holder, owing to the complex legal relationship between that second-mortgage holder, the property and an intermediary company.

Perhaps the most stunning and astute statement opined from the KSC was where the court viewed MERS as simply a “straw man” when it stated: “The relationship that MERS has (to holder of a loan) is more akin to that of a straw man than to a party possessing all the rights given a buyer. A mortgagee and a lender have intertwined rights that defy a clear separation of interests, especially when such a purported separation relies on ambiguous contractual language. The law generally understands that a mortgagee is not distinct from a lender: a mortgagee is “[o]ne to whom property is mortgaged: the mortgage creditor, or lender.” Black’s Law Dictionary 1034 (8th ed. 2004).

And just wait until what’s discovered in the “after trading hours” ….