We are Americans first, not Republicans, Democrats, Unions, Government Workers, Corporate Employees, Retirees – WE ARE AMERICANS!

WE Americans were scammed “big time” by Wall Street greed and elite wannabes.

Whether you are NYPD, Iowa, Detroit, Baltimore, Chicago, Florida, California, NJ, Washington, Maine or Oregon police (just to name a few), a fireman, teacher, government or corporate employee, FBI, CIA, Judge, prosecutor or clerk – your pension and retirement funds (FERS) were put at risk and are likely gone. Wake up.

The federal government doesn’t have a clue what to do other than print more money and foreclose on American homes while hoping more foolish investors will come back to the market and replenish the TRILLION$ of dollars that have since left the retirement and pension fund coffers… and they want this to happen before you find out the cupboard is bare.

The problem with this thought process stems from the fact that even Wall Street, for all the technology it sports, doesn’t have the slightest idea how many times they sold, re-sold, repackaged and leveraged the securities – we’re talking over $140 trillion missing – and that means eventually a lot of people are not going to get a retirement benefit.  And that’s likely to occur sooner rather than later.

So, while OccupyWallStreet is bringing the tensions to the surface – Americans need to be tolerant and supportive because unlike even Viet Nam, this financial war is hundreds of times greater and more damaging and has basically collapsed our economy for generations to come.

The NYPD has been discussing the fact that their pensions were ripped off by Wall Street – and even with a $624 million settlement are likely not to see a dime when the banks go into bankruptcy – which economists say is inevitable.

APPARENTLY, THE TREASURY, ADMINISTRATION and CONGRESS WOULD RATHER SAVE THEMSELVES THAN YOU – THE AVERAGE AMERICAN

In May 2011, the United States has reached the statutory debt limit. Secretary Geithner sent the following letter to Congress this morning alerting them to actions that have be taken to create additional headroom under the debt limit so that Treasury can continue funding obligations made by Congresses past and present. The Secretary declared a “debt issuance suspension period” for the Civil Service Retirement and Disability Fund, permitting Treasury to redeem a portion of existing Treasury securities held by that fund as investments and suspend issuance of new Treasury securities to that fund as investments. He also suspended the daily reinvestment of Treasury securities held as investments by the Government Securities Investment Fund of the Federal Employees’ Retirement System Thrift Savings Plan. For more information on these measures, please read this FAQ.

In May 2011, Secretary Geithner also responded to an inquiry from Senator Bennet regarding

the fiscal and economic consequences of failing to increase the debt limit. That letter can be found here.  (Ed note: ‘This letter is so overstated and disingenuous that waterboarding is too good for Geithner. Raising the debt ceiling was merely buying more time – the cover-up’)

“Additionally, a default would substantially reduce the value of the investments including
Treasury securities – held in 401(k) accounts and pension funds, which families
depend on for their retirement security (Ed translation: ‘your pension, Senator, is in these funds, you can kiss it goodbye’).

“The unique role of Treasury securities in the global financial system means that the consequences of default would be particularly severe. Treasury securities are a key holding on the balance sheets (Ed translation: ‘we bought too many’) of virtually every major insurance company, bank, money market fund, and pension fund in the world (Ed translation: ‘everybody is screwed’). They are also widely used as collateral by financial institutions to meet their day-to-day cash flow needs in the short-term financing market 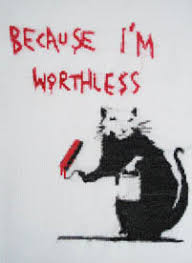 (Ed translation: ‘these worthless securities are pledged against loans… if you don’t raise the debt ceiling everybody will find out and then we’re fucked’).”

“Treasury securities enjoy their unique role in the global financial system (Ed translation: ‘everybody worldwide is screwed’) precisely because they are viewed as a risk-free asset (Ed translation: ‘everybody was screwed but we added insurance and keep printing money’). Investors have absolute confidence that the United States will meet its debt obligations on time, every time, and in full.” (Ed note: ‘Yeah, that’s why the investors are suing the ass off the banks instead of lining up in mass to give Wall Street more money … gone are the days when idiot investors trusted Wall Street with public money’)

Secretary Geithner continues to urge Congress to raise the debt limit in a timely manner in order to uphold the full faith and credit of the United States.

Why did Geithner need to beg for a raise in the debt limit? Because the FERS is invested in securities which we all now know are worthless and although it’s possible that Treasury could raise cash from other sources, it could include accelerated sales of MBS (mortgage-backed securities) – and create more foreclosures… so, Mr. President is this why you think foreclosures are good for the economy? Because as soon as the FBI, CIA, judges and all the other intelligent networks of the government discover your Wall Street boys have pissed away their retirement, they too will be taking over Wall Street – maybe not as peacefully?

See the FAQ document:
8. Has Treasury ever redeemed existing investments and suspended new investments
in the CSRDF before?
Yes, in the past 20 years, Treasury used these extraordinary measures during previous debt limit impasses in 1996, 2002, 2003, 2004 and 2006.

Is there anybody that does not recognize the fact that these years specifically coincide with the unregulated securitization and subprime fiasco that took down the U.S. economy and the rest of the world?

ATTEN:  NYPD and every other police force and union – your retirement and pension funds were raped by Wall Street.

Protesters should let the Police know that Countrywide screwed them too – settlement or not – have they actually seen a check yet – or is the payment set up over several years? And even with a payment, how much did they lose in a “settlement”? Settlements are just a ploy to get beyond the statute of limitations or stave it off until bankruptcy… and don’t think all of this wasn’t intentional… it was, and the banks have patents and trademarks to prove it.

2/25/11: New York Pension Funds Settle Countrywide Financial Corporation Litigation for $624 Million
The New York State Common Retirement Fund and the five New York City public pension funds announced today the $624 million settlement of the Countrywide Financial Corporation Securities Class Action. Of this total, $22.5 million will be set aside for up to two years to be used by Countrywide to satisfy claims asserted by those that voluntarily excluded themselves from the class. This recovery is one of the largest securities fraud settlements in U.S. history. Source:http://www.osc.state.ny.us/press/releases/feb11/022511b.htm 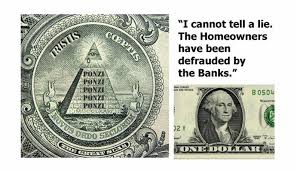 And Judges – get realistic – your pensions are gone. No more bank protection because it’s not going to bring the money back – too much has been lost, we’ll talking hundreds of TRILLION$ OF DOLLARS. Make good law and write a best seller, make a documentary and/or a movie.

Donate some of the funds to the policemen, firemen and teachers’ pensions that will were destroyed and push Congress to regulate derivatives.  At least you’ll be attempting to save America.