Eric Schneiderman has played a key role in the investigation of foreclosure fraud and robo-signing by 50 state attorneys general against JP Morgan Chase, Bank of America, Wells Fargo, Citigroup, and Ally Bank. Reportedly, most of of the attorneys general — with the support of the Obama administration — are advocating a $20 billion settlement with the banks (less than a year’s worth of Wall Street’s bonus pool) in exchange for 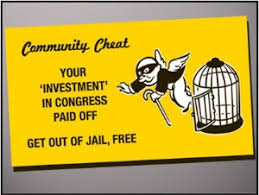 broad immunity from future investigations and prosecutions, not only of illegal foreclosures but of a wide range of fraudulent activity in connection with mortgage securitization over the past decade.

Schneiderman — who would arguably be the single most important attorney general in making a global “Get Out of Jail Free” card stick — has been objecting for months to a settlement which barred future litigation. “The attorney general remains concerned about any attempt at a global settlement that would shut down ongoing investigations of wrongdoing related to the mortgage crisis,” said Schneiderman’s spokesman.

Or as Matt Taibbi put it more tartly in a Rolling Stone blog,

“The idea behind this federally-guided ‘settlement’ is to concentrate and centralize the legal exposure accrued by this generation of grotesque banker corruption in one place, put one single price tag on it that everyone can live with, and stuff the details into a titanium canister before shooting it into deep space.”

According to last week’s New York Times, Schneiderman has come under heavy pressure not just from the banks and the Federal Reserve, but from the Obama administration to drop his opposition to a wide-ranging settlement.

According to the Times, bank officials recently discussed asking Obama’s Secretary of Housing and Urban Development Shaun Donovan for help in changing Schneiderman’s mind about the global settlement.  Donovan has contacted Schneiderman directly to convince him to back down, while he and other members of the Obama administration have been contacting Schneiderman’s allies. (You can bet top administration officials wouldn’t be doing this without the ok from their boss, President Obama. It couldn’t, by any chance, have any relationship to a recent meeting in the White Green Room between President Obama and two dozen Wall Street executives, organized by the Democratic National Committee, to win back the allegiance of one of his most vital sources of campaign cash? )

A few days after the Times disclosed the Obama administration’s campaign to intimidate Schneiderman, he was kicked off the executive committee of the 50 attorneys general negotiating the bank settlement, and accused by its chairman of “working to actively undermine” the settlement. 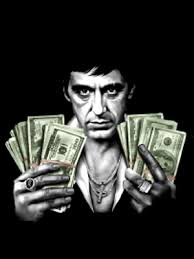 As attorney general for the state where Wall Street is located — with the power to continue to investigate and prosecute financial crimes — a global settlement with the other 49 attorneys general isn’t worth that much to the banks without Schneiderman’s buy-in. Or as Matt Taibbi quoted the immortal words of Al Pacino as Tony Montana in Scarface, “How do I know you’re the last cop I’m gonna have to grease?” 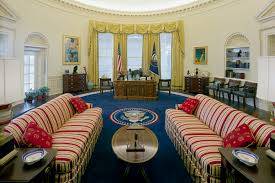 America should be getting used to the personal media attacks that the banksters aka “elites” use when they want to trash somebody – or when they want to create a diversion. While they were de-regulating Wall Street and repealing the Glass Steagall Act which ultimately caused the collapse of the American economy, President Clinton was getting a blow job under his desk in the Oval Office (sorry to be so vulgar – but I had to answer my 10 year old’s question at the time… it is what it is). This dominated the airwaves and took the public focus off the impending disaster that would follow.

This was followed by a personal attack on, of all people, America’s beloved Martha

Stewart.  But what we need to remember is that in December 2001, Enron was going down and guess where the party started – yup, on Wall Street.  Quick, take the focus off the derivatives because we just got them de-regulated!  So, who got the front page?  Poor ol’ Martha.

Three of the six largest bankruptcies in American history –WorldCom, Enron, and Global Crossing — occurred between December 2001 and July 2002, shattering investor confidence and helping to knock 22 percent off the Dow Jones Industrial Average. The failures had more in common than just timing and size: All to varying extents involved the use of the controversial and poorly understood financial instruments known as derivatives.

In the season of finger pointing that followed, derivatives trading was singled out for abuse. “If you dig deep enough into any financial scandal,” BBC business reporter Emma Clark claimed in February 2002, “you can usually find a derivative or two to take the blame.”

But did you hear about it?  Nope.  You were all caught up in Martha’s saga and probably still reeling over Lewinsky.

Reason.com details the world view and abuse of derivatives back in 2004. “Howard Davies, chairman of the U.K. Financial Services Authority, told a conference the month before that an investment banker described to him one popular type of derivative (collateralized debt obligations) as “the most toxic element of the financial markets today.” Even famed investor Warren Buffett warned that derivatives posed a grave threat to the global financial system. “We view them as time bombs, both for the parties that deal in them and the economic system,” Buffett wrote in his 2002 annual report for Berkshire Hathaway. “Derivatives are financial weapons of mass destruction, carrying dangers that, while now latent, are potentially lethal.”

What are these Wall Street WMDs, and what should be done about them? I have an answer – REGULATE THEM!

Martha hangs in the news through most of 2003-2004.  All the while the derivatives Ponzi scheme was in full force sucking out every cent Wall Street could find from investors around the world.  Even though the FBI tried to spotlight the mortgage fraud in 2004, they didn’t quite get the depth (and maybe still don’t) of the derivatives scheme. 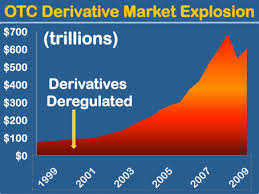 been on Wall Street and the Fed who were floating trillions of dollars around the world.  Trillions of taxpayer dollars were spread around the world by the hands of a few and lead by Ben Bernanke, Hank Paulson and Timothy Geithner.

There are those who have held Wall Street banks’, as well as Bernanke and his pal’s, feet to the fire and have paid a price for exposing them publicly.  Eric Schneiderman, Beau Biden, Martha Coakley, Elliot Spitzer, Alan Grayson, Bernie Sanders, Dennis Kucinich, Ron Paul, Maxine Waters, John Conyers, to name some of the few have stood up and asked the hard questions.  You can expect them to be hounded and hammered – either personally or publicly misquoted, criticized, exploited, as well as attempts will be made to make them look foolish. Be prepared and just realize that any negativity is manufacturered for the purpose of diverting your attention and protecting the real corruption on Wall Street.