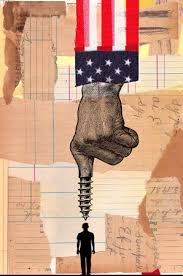 WASHINGTON— Uncle Sam wants you — to rent a house from Uncle Sam.

The Obama administration said on Wednesday that it was soliciting ideas on how to turn the federal government’s inventory of foreclosed houses into rental properties that could be managed by private enterprises or sold in bulk.

The goal, the administration said, is to stabilize neighborhoods where large supplies of empty, foreclosed properties have hurt property values. In addition, the plan is an effort to clear the nation’s balance sheet of real estate holdings that, because they have been difficult to sell individually, have hung over the housing market and stunted sales of existing homes and new construction.

The Federal Housing Finance Agency, the Department of Housing and Urban Development and the Treasury Department are jointly requesting ideas for sales, partnership ventures or other strategies that would help to

To hell with Rent – Reconstruct the mortgages with the Homeowners – Commit to someone long term – Ownership creates commitment and pride.

– run the mother into the ground – “it ain’t mine and the landlord don’t care!”  This is how the government created slums!

The problem with this country sits in a big White House on Pennsylvania Avenue in Washington, DC with absolutely no view or insight into “subdivision America”.  This is a very sad situation – so out of touch.  “He” and his advisers do not have a clue how to “fix” things and are in complete denial about the what is going on outside of the frickin’ beltway.

President Obama:  YOU CANNOT RENT WHEN: (1) Your credit ratings are trashed; (2) you were forced to file bankruptcy to try and save your home from corrupted banks; (3) Foreclosure on your credit record eliminates you from the rental pool. Say hello to 35 million+ Americans and counting.

Rental is a bad idea. The government doesn’t have a grasp on the credit reality.  Reconstruct the loans with the borrowers. This mess was not their fault.

If you haven’t read an investor complaint – get one of your staff members to round you up a few copies of the Class Action complaints against IndyMac, Countrywide, Bank of America, Chase, etc. There are 3 major issues that the investors like the Detroit Police and Fire Retirement System or the Los Angeles Government Workers, etc. (long list, very long list of retirement and pension funds) are suing Wall Street banksters for:

The homeowners had no (zero) control over any of this. The homeowners bought the home based on appraisals.  They had no idea the appraisals were inflated or that they were dealing with an antitrust cartel scheme on Wall Street. This was not the homeowners’ perception of a mortgage loan. The collapse of the economy is NOT THE HOMEOWNERS’ FAULT!  So why make them rent?

Give homeowners back their pride of ownership.  Reconstruct the loans with the borrowers.  Take over all the loans written from 2003-2008 – in the case of Bank of America – take them all over BEFORE they file bankruptcy. Lehman’s anniversary is coming up – its almost September!

The faux perception of the “fix” of the economy by leading economists is to create more jobs or “rent” back foreclosures is astounding. The country is in turmoil because Wall Street has been allowed to run amok with UNREGULATED derivatives. Nearly every union, government workers, corporate retirement beneficiary funds were invested (gambled) away on Wall Street.

The ostrich dance in government is trying to keep this from exploding before the next election because we’d be rioting worse than London when folks find out they have ZERO pension funds.

The foreclosures are trying to replenish as much of the funds as they can. Those in power, you Mr. President, thought the REO properties would pass as the new gold standard to maintain the S&P ratings – Wrong! Regulating derivatives is a start.

And as for jobs – it is axiomatic that you cannot hire more people when you don’t have enough money in the coffers to pay the retirees’ pensions you have on the books. No new jobs can be created until they states, fed government and corporate America can stabilize the pension fund loss. (Aren’t those tulips in front of the white House appropriate?)

You want jobs? Give China a state in exchange for their debt and let them set up manufacturing plants – they’d probably rent your homes. How about Texas?

5 thoughts on “Screw Sam! Reconstruct the Mortgages with their Rightful Owners”