The banks won’t stop until the computer systems and their patents are confiscated and destroyed. It is a “seamless automation” system of corruption. Although there are minions viewing computer screens, it is really the computer system that processes the applicant. Although the system was designed with safeguards and fraud detection, it can be and has been relaxed. The homeowner enters the rabbit hole and becomes part of the system that is designed to force default in order to keep the banks liquid…afloat.

Why are we surprised that they are continuing the same process? If we want them to stop – fines, settlements and sanctions – even prison – won’t kill the computer system. Our war is with corrupt technology. You have to completely eradicate it first before we will see any real change.

This is phase 3. The system started before the S&L crisis; and ramped up again after 2002 (RTC vs. KeyFinancial). Now the system is pushed again…very little change but same intent and outcome. 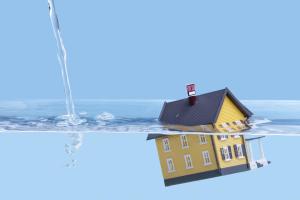 When borrower credit requirements are lowered, housing prices rise in response.  Flat wages and an employment market composed of part-time jobs paying minimum wage should inhibit home ownership- but, alas, Wells Fargo has a solution!  In fact- it’s the same solution they had back in the early 200s when they gave out loans to unqualified buyers, knowing the loans would fail, and then bet against their own investments- while knowing future government (tax payer) subsidies would fund any claims of “loss”.  It was one of the most perfectly orchestrated criminal schemes ever perpetuated on the American public- that continues to this day.

The second wave of the market crash has now appeared on the horizon and with a slow down in the real estate market- the Fed and the Banks must again resort to drastic measures to incentivize prospective buyers into the market. The nation’s largest lender,