By Sydney Sullivan and Kenneth Dost

IT’S 3:00 p.m., DO YOU KNOW WHERE YOUR COLLATERAL IS? An enlightening paper every homeowner should read. Written by Christian A. Johnson, Assistant Professor of Law, Loyola University Chicago School of Law. B.A.; MPrA, Utah; J.D., Columbia, 1990

It was Saturday afternoon when a group of us were teleconferencing about foreclosure issues. The focus was on the late assignment of mortgages, when one person said, “…think about it, the Plaintiff Trust says it became the owner of the loan over 3 years after the trust closed… how could it sell certificates to investors for something it did not own?” Great question!

Selling what you do not own is the distortion of the legal principle of nemo dat quod non habet (―nemo dat”)—one cannot give what one does not have.

The group agreed that this aspect of securitization did not appear altogether legal and then another member of the group remarked that “if the trust did not own the collateral for the past three years – how could an actual sale or transfer have taken place?”  Precisely.

With that in mind we began to research nemo dat and found another brilliant and informative paper called Distorting Legal Principles by Steven L. Schwarcz, Stanley A. Star Professor of Law & Business, Duke University School of Law. Another essential document for every homeowner and every foreclosure attorney and judge to read and absorb. This information is public and can be found on the Internet.

Professor Schwarcz’s paper explores the problem of distorting legal principles, initially focusing on rehypothecation, a distortion whose uncertainty and confusion contributed to the downfall of Lehman Brothers and the resulting global financial crisis.

Rehypothecation – a new word for most homeowners and their attorneys. It’s a word you won’t find in too many news stories, blogs or posts. Rehypothecation is a practice that occurs principally in the financial markets, where a bank or other broker-dealer reuses the collateral pledged by its clients as collateral for its own borrowing. Whose collateral do you think they were using? Right, your mortgage loans.

“A borrower would probably be alarmed to learn that its lender had an unrestricted right to use and sell the collateral that the borrower had pledged to secure its borrowings. Borrowers typically believe that a lender should safeguard and protect collateral pledged to it, not use the collateral for its own gain. Yet in the derivatives market, it has become
increasingly common for secured parties to insist upon such unrestricted use of pledged collateral,” writes Professor Johnson. Oh yeah… but now are you starting to understand why the assignments were not timely made to the trusts?

Professor Johnson continues: “The derivatives industry is a huge financial market measured in trillions of dollars. [Sydney: Now well over $700 TRILLION of debt]. When negotiating a derivative transaction (a “transaction”), the parties to the agreement often agree that the party with the resulting payment obligation under the transaction (the “pledgor”) is required to pledge or post collateral (“posted collateral” [Sydney: your collateral]) to the other party (the “secured party”), to secure its payment obligation. Participants in the industry currently pledge billions of dollars in collateral to each other.

Okay, yes this is complicated – so, to boil it down in simpler terms – your mortgage loan was hijacked and forced into rehypothecation slavery and did not end up where it was supposedly headed… into a securitized trust – until you defaulted.

Rehypothecation is a distortion of a normally mandatory legal rule. The mortgage loans are apparently “un-owned” while they are in rehypothecation slavery – i.e., your loan (collateral) is not safely tucked away and secure… it is being risked, gambled in overnight sales, pledges, investments, over and over by someone who does not actually “own” it – but is making a lot of money prostituting it. This violates or distorts a normally mandatory rule or doctrine, such as the nemo dat rule, that is so generally accepted within a legal system and society that it forms a basis for reasoning, as Professor Schwarcz describes.

Rehypothecation has its inherent risks for example Lehman Brothers. In an over-extended position, Lehman experienced a situation similar to a “run on the bank” and ultimately its “inability to purchase and deliver the vast amount of equivalent securities demanded by its customers apparently led to its failure—just like a bank‘s inability to pay its depositors in a bank run can lead to the bank‘s failure.” Professor Schwarcz paper.

There are many, many unanswered questions – some only a court could decide. It is interesting, though, that these securitized trusts were filed in government public files with the Securities and Exchange Commission (SEC), many of which had Mortgage Loan Schedules included that asserted that these loans would be made part of a REMIC trust; but when all is said and done – it appears, that the loans never made it securely into the trusts, that the force-placed rehypothecation took priority over the traditional mortgage loan transfer status (we all know that these were not traditional mortgage loans – if they were even loans at all in the first place). Not until the homeowner defaults – is the loan actually in a real sale or transfer position… surely doesn’t sound like a UCC Article 3-302(a), does it? To this end, consider the commercial law rules governing holders in due course of instruments—that is, persons who take an instrument for value, in good faith, and without notice of a problem. Ah, isn’t default a problem?

You know – when you think about it… rehypothecation happens after the mortgage loan enters the securitization process – so wouldn’t Articles 8 & 9 be more appropriate? These loans endorsed in blank allow the continuation of the rehypothecation until some judge wises up and makes them finally endorse the notes!

Probably the most despicable comment that lingers in our everyday conversations about biased judges is, “you’re not going to get a free house in my court…this is a court of 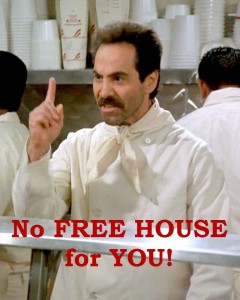 equity.”  Well, judge – glad you said that – because Mr. Homeowner here has unwittingly participated with his collateral in a risky securities scheme and we can prove that his social security number was essential to make it over to the secondary market… and since you are a court of equity – isn’t it about time that you compel the discovery, order the trust financials and make the intermediary accountable for every rehypothecation transaction that has taken place thus far? And then, your honor, award Mr. Homeowner his fair share…whaddah ya think judge?”

And pleeeeeeeze get off of that “free house” propaganda you bought into when this all began, cause it appears the mortgage loans have been paid over and over and over again!

BTW – Ken has added another sidebar here – JP Morgan Chase patented rehypothecation... Of course! Why not try to appear legal by filing in the USPTO?! Let’s legalize the distortion of legal principles… why not, of course, sure! How the hell do they get away with this stuff?? Click on the blue link above for the patent or Google patents for REHYPOTHECATION SYSTEM AND METHOD. 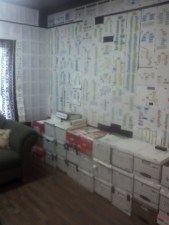 You can personally thank Ken Dost for providing this extraordinary information and tons of research and help him raise money for the legal fees needed to expose the corruption and non-disclosure on 72 million+ American homeowners. Would you please help Ken by donating to his GoFundMe campaign?  Click HERE for Ken Dost’s GoFundMe page. Help Us Prove Mortgage Fraud.

No donation is too small (or too large) and the GoFundMe site is safe.

* Disclaimer: This is research and personal experience expressed and shared for the purpose of thought and conversation. Nothing in this post should be construed as legal advice or practicing law. If you need legal advice you should consult an attorney.

Thanks again to Sydney, Ken, Wendy, and DW… great conversations and information! Special thanks to Prof. Schwarcz and Prof. Johnson for their brilliant work.  Sometimes it feels like a cyber-jig saw puzzle… piece by piece the full picture comes together.