Have you ever felt that the judge in your case was not treating you or your attorney fairly, especially when the facts of bankster fraud were clear? Or when you have shown the judge a fabricated assignment of mortgage and an obviously fake endorsement on your so-called note? When you walk into the courtroom does your stomach sink and you imagine you hear a faint theme from the wicked witch of the west in the Wizard of Oz?

In a small Kentucky county, a homeowner just like you encountered the unthinkable – proof that his judge was prejudice and even worse – the judge was assisting the opposing counsel for the bank in a plot against him.

It is one thing for a judge to own stock in the company that you are opposing and fails to recuse himself from your case; but when a judge actually conspires with the opposition to your detriment and eventual loss – well, reprehensible doesn’t quite cover it.

What makes this impropriety so particularly heinous is the blatant stupidity of how the action occurred. In small towns across the country many times judges will sit on the bench in several counties. In this case, the judge was on the bench in a neighboring county when she had ex parte communication with the opposing counsel plotting against the homeowner and the conversation was caught on video tape still running in the court room! 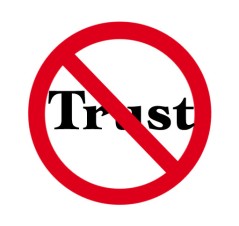 The homeowner, Glenn Augenstein (one of the few pro ses to win on appeal) a Henry County, Kentucky resident by and through his attorney, Robert Frederick Smith of the law firm Smith and Cartwright, filed a MOTION and MEMORANDUM IN SUPPORT OF DISQUALIFICATION FOR VIOLATION OF KRS 26A.015, LOCAL RULES OF THE TWELFTH(12TH) JUDICIAL CIRCUIT AND KENTUCKY CODE OF JUDICIAL CONDUCT against Kentucky Circuit Judge Karen A. Conrad, as Mr. Augenstein “no longer trusts that the Court acts impartially, or that Defendant will receive due process of law, both substantive and procedural, and equal protection of the law, and a fair application of law, and fair application of the rules of evidence and procedure.” [Duh yeah, ya think?! DC Ed]  Click HERE for the Memorandum.

“On April 13, 2012 Circuit Judge Conrad and Attorney Carole Schneider, an attorney with Lerner, Sampson & Rothfuss, who represents the Plaintiff herein, engaged in ex parte communication in regard to Henry Circuit Case No. 07-CI-00368, and Kentucky Court of Appeals Case No. 2009-CA-000058-MR, cases in which Augenstein is Defendant, and Appellant, respectively.” states the Memorandum.

The conversation between the opposing counsel and the judge will make your skin crawl – especially if you are one of the good guys sitting on the bench. Here is an excerpt taken from the video transcript as it appeared in the Motion of Disqualification:

Makes us wonder what the appellate court will have to say about this behavior…
or the Chief Judge? Oh Lord, she is the Chief Judge! Heaven help my ol’ Kentucky Home!

How are we supposed to raise a decent society under such blatant disregard for the judicial cannons and the rule of law? 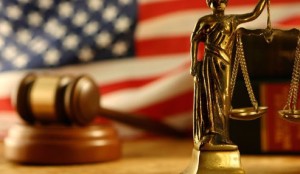 An independent and honorable judiciary is indispensable to justice in our society. A judge should maintain and enforce high standards of conduct and should personally observe those standards, so that the integrity and independence of the judiciary may be preserved. The provisions of this Code should be construed and applied to further that objective.

Canon 2A. An appearance of impropriety occurs when reasonable minds, with knowledge of all the relevant circumstances disclosed by a reasonable inquiry, would conclude that the judge’s honesty, integrity, impartiality, temperament, or fitness to serve as a judge is impaired. Public confidence in the judiciary is eroded by irresponsible or improper conduct by judges. A judge must avoid all impropriety and appearance of impropriety. This prohibition applies to both professional and personal conduct. A judge must expect to be the subject of constant public scrutiny and accept freely and willingly restrictions that might be viewed as burdensome by the ordinary citizen. Because it is not practicable to list all prohibited acts, the prohibition is necessarily cast in general terms that extend to conduct by judges that is harmful although not specifically mentioned in the Code. Actual improprieties under this standard include violations of law, court rules, or other specific provisions of this Code.

Canon 2B. Testimony as a character witness injects the prestige of the judicial office into the proceeding in which the judge testifies and may be perceived as an official testimonial. A judge should discourage a party from requiring the judge to testify as a character witness except in unusual circumstances when the demands of justice require. This Canon does not create a privilege against testifying in response to an official summons.

A judge should be sensitive to possible abuse of the prestige of office. A judge should not initiate communications to a sentencing judge or a probation or corrections officer but may provide information to such persons in response to a formal request. Judges may participate in the process of judicial selection by cooperating with appointing authorities and screening committees seeking names for consideration and by responding to official inquiries concerning a person being considered for a judgeship.

And BTW, God Bless Robert Frederick Smith for having the integrity, bravery,
heart and honor to call for the judge’s disqualification.