In search of Continuing Legal Education credits I wandered into a different world last Thursday and Friday at the American Conference Institute’s Residential Mortgage & Regulatory Conference, Dallas, TX. The people at the conference, mostly lawyers for institutions seeking to eject people from their homes, were clearly human beings; Mostly youngish (under 55). Except for a token two-person panel representing home owners and a group of judges, most of the speakers seemed to agree that there was little need for meaningful judicial involvement in throwing home owners out of their homes. Indeed, many appeared indignant that families would not simply march out of their homes into the elements because their creditors beckoned them to do so.

One of the token “two member” homeowner defense panel complained that in Florida, where she practiced, the Courts had instituted a five minute trial system, for both contested and uncontested foreclosure cases. She complained (as well she should) that judges should treat contested cases differently. According to her Florida judges were not much inclined to do so; notwithstanding centuries of American jurisprudence which requires both sides to a dispute be given an opportunity to present their case.

A creditor’s lawyer belittled her concerns about requiring creditors to prove they actually own the debt, upon which a foreclosure is based. He incorrectly implied it was a completely acceptable practice for judges to exercise their discretion in determining whether hearsay should be admissible and documents should be considered authentic.

Finally a member of Mortgage Electronic Registration System (MERS) litigation panel declared all fifty states agree proof of possession of the promissory note is sufficient to sustain a foreclosure; several others lawyers throughout the day suggested that waiving the original note in front of the judge (while claiming “the borrower had lived in the house free”) would help focus the judiciary on removing families from the home and onto the streets.

There were times I could not keep my mouth shut. And didn’t! For example, having received a litany of legal sanction threats from young creditors’ lawyers, I told the group I 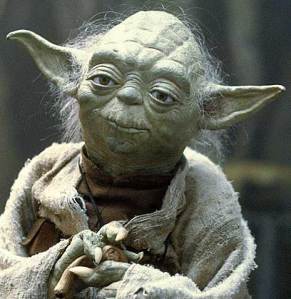 believed this constituted an abusive litigation practice. I asked the lawyer who belittled the defense attorney for objecting that documents had not been properly authenticated, whether he would not make similar objections if such documents were being offered against his clients.

Later that night I talked with a prominent Washington State creditor’s attorney. We engaged each other in friendly banter, but it was clear we disagreed on a fundamental principle. He was of the view that if “they” (you know: them) borrowed the money; they (them) needed to pay it back or hit the road. He complained our courts made matters worse by not just giving the houses to the banks so that the crisis could be over. To my constitutional concerns about the process, his “this trumps all” argument was: “So what if you are right? Then banks won’t do business in Washington and all our homes won’t be worth anything”. My retort: “If enforcement of the laws causes banks to flee, then Washington can serve as an example to other states as to what happens when laws are enforced. I think the banks need us more than we need them.”

Banks that are too big to fail & executives too powerful to jail must go the way of the dinosaur.

As I sit here at DFW airport after the conference, before I go to San Diego to depose a CR 30(b)(6) designee of the McCarthy, Holthus law firm with regard to foreclosure practices, it seems clear to me the most significant issue of our time is: “what is going to matter most in the future, law or money?”

Clearly, we are no longer the same nation that held only a few decades ago that a president was not above the law (Nixon, for those of you who are young) as we are today; where judges and officers of the court (attorneys) openly opine their indifference with banks falsifying documents in violation of the law?

Creditors, their counsel, and the judges who want so much (and more often than they should ) to take houses away from families based on the “pay up” mantra sold to lawyers at the Dallas convention of creditors’ lawyers ignore that this is the same type of “King George” mentality challenged by American settlers through the Revolutionary War. The colonists did not think they owed the King what he demanded; hence the revolt celebrated on July 4 each year. 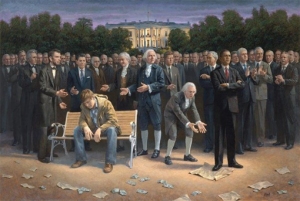 Our Constitution and Bill of Rights are a testament to our Founders’ reliance on procedures to produce the ideals to which they aspired. The separation of powers was made part of our system of governance so as to insure, among other things, that there was no single King George type authority.

Notwithstanding their experiences operating as a confederation, the framers of our constitution went to great lengths to insure that in many respects state governments were dual sovereigns, which could rightfully and lawfully stand up to the federal government on behalf of their citizens with regard to matters of local concern.

To me the seminar seemed more like a “support group” for creditors’ lawyers to indoctrinate them that creditors’ simplistic legal theories regarding “deadbeat debtors” are legally correct and cannot reasonably be disputed; when such theories are legally and undeniably FALSE and miss the point. We purport to be a country of laws which imposes the burden of proof on those parties whom seek relief. Or at least we used to claim we were a society based on law; not five minute sham trials. 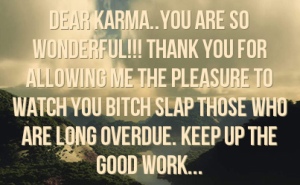 Thank you Scott for your candor and sharing. In Sheila Bair’s new book, Bull By the Horns, she too comments on the “borrower bashing” that was so prevalent even early on. That’s the way propaganda works – say it loud and long enough and someone will begin to repeat it – whether or not it’s true.

14 thoughts on “Is Borrower Bashing a Disease or Psychotic Disorder?”