Why Wall Street & Co. Will Do Anything to Stop Eliot Spitzer from Championing the Public Interest

Web of Debt blog / By Ellen Brown
The latest post from the AlterNet
Spitzer as comptroller: Good for New York, good for women, terrifying for Wall Street abusers.
Before Eliot Spitzer’s infamous resignation as governor of New York in March 2008, he was one of our fiercest champions against Wall Street corruption, in a state that had some of the toughest legislation for controlling the banks. It may not be a coincidence that the revelation of his indiscretions with a high-priced call girl came less than a month after he published a bold editorial in the Washington Post titled “ Predatory Lenders’ Partner in Crime: How the Bush Administration Stopped the States from Stepping in to Help Consumers.”  The editorial exposed the collusion between the Treasury, the Federal Reserve and Wall Street in deregulating the banks in the guise of regulating them, by taking regulatory power away from the states.

Five years later, Spitzer has set out to take some of that local regulatory power back, in his run for New York City comptroller.  Mounting the attack against him, however, are not just Wall Street banks but women’s groups opposed to this apparent endorsement of the 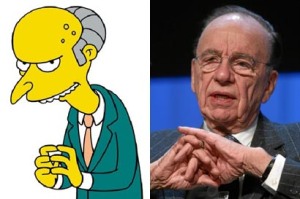 On August 17th, the New York Post endorsed Spitzer’s opponent and ran a scathing cover story attempting to embarrass Spitzer based on the single issue of his personal life. [In 1976, Rupert Murdoch bought the Post for $30.5 million. Doesn’t it just figure?! DC Ed].

Lynn Parramore, who considers herself a feminist, countered in an August 8th Huffington Post article that it is likely to be in the best interests of the very women who are opposing him to forgive and move on.  His stand for women’s reproductive rights and other feminist issues is actually quite strong, and his role as Wall Street watchdog protected women from predatory financial practices. As New York Attorney General, he was known as the “Sheriff of Wall Street.” He is one of the few people with not only the insight and experience to expose Wall Street corruption but the courage to go after the perpetrators.

The February 2008 Washington Post article that preceded Spitzer’s political travails was written when the state attorneys general were being preempted by the Federal Reserve as watchdogs of the banks. Critics called it a case of the fox guarding the hen house. Spitzer wrote:

“Several years ago, state attorneys general and others involved in consumer protection began to notice a marked increase in a range of predatory lending practices by mortgage lenders. . . . These and other practices, we noticed, were having a devastating effect on home buyers. In addition, the widespread nature of these practices, if left unchecked, threatened our financial markets.

Even though predatory lending was becoming a national problem, the Bush administration looked the other way and did nothing to protect American homeowners. In fact, the government chose instead to align itself with the banks that were victimizing consumers. . . .

[A]s New York attorney general, I joined with colleagues in the other 49 states in attempting to fill the void left by the federal government. . . .

Not only did the Bush administration do nothing to protect consumers, it embarked on an aggressive and unprecedented campaign to prevent states from protecting their residents from the very problems to which the federal government was turning a blind eye. . . . The administration accomplished this feat through an obscure federal agency called the Office of the Comptroller of the Currency (OCC). . . . In 2003, during the height of the predatory lending crisis, the OCC invoked a clause from the 1863 National Bank Act to issue formal opinions preempting all state predatory lending laws, thereby rendering them inoperative. The OCC also promulgated new rules that prevented states from enforcing any of their own consumer protection laws against national banks.

The federal government’s actions were so egregious and so unprecedented that all 50 state attorneys general, and all 50 state banking superintendents, actively fought the new rules. But the unanimous opposition of the 50 states did not deter, or even slow, the Bush administration in its goal of protecting the banks. In fact, when my office opened an investigation of possible discrimination in mortgage lending by a number of banks, the OCC filed a federal lawsuit to stop the investigation.”

Less than a month after publishing this editorial, Spitzer had been exposed, disgraced, and was out of office. Greg Palast pointed to the fact that Spitzer was the single politician standing in the way of a $200 billion windfall from the Federal Reserve, guaranteeing the toxic mortgage-backed securities of the same banking predators that were responsible for the subprime debacle. While the Federal Reserve was trying to bail them out, Spitzer was trying to regulate them, bringing suit on behalf of consumers.3 But he was quickly silenced, and any state attorneys general who might get similar ideas in the future would be blocked by the federal “oversight” then being imposed on state regulation.

A Rooster to Guard the Hen House

In a July 2013 article titled “ Why Eliot Spitzer’s Return Terrifies Big Finance,” Thomas Ferguson, Professor of Political Science at the University of Massachusetts and a senior fellow at the Roosevelt Institute, wrote of Spitzer’s bid for comptroller: [Read more]

When all is said and done, Eliot Spitzer has stood up against the banks more so than any other political leader or most politicians.  He understands the banksters’ intentional crimes and for this he is a target of their self-righteous condemnation and misplaced negativity. There are very few who have the fortitude to lead the fight against bankster corruption and Eliot Spitzer should be embraced and supported. Those that lie and exaggerate, especially in or using the media, are just as criminal as the disingenuous and exaggerated claims they make against their targets. And karma will strike twice as hard against those that use the media to wrongfully attack and persecute their targeted victims – guaranteed.

You are on the right path Eliot… we need more men like you.  Thank you so much Ellen for another informative post. Keep the spotlight shinning.