The Banks Are Going to Lose the FHFA Suits, So They Are Trying to Shoot The Messenger. 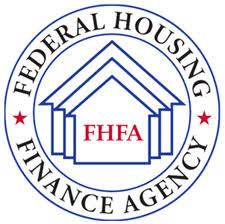 This critique is completely wrongheaded and strategically helpful to the banks and the 131 bankers named in the suits. The banks and those bankers are terrified by these suits, and these attacks on FHFA reflect that fear. As discussed below, if these suits go to trial, the banks and bankers almost surely lose.

That’s a pretty powerful negotiating position for settlements. Perhaps the banks think that if FHFA gets enough heat, from the media, from politicians, from lobbyists, it will settle more cheaply. At least, the banks and their allies have a habit of going after people effectively fighting them, personally.

Witness the firings of the Florida AAGs who blew the whistle on robosigning; notice the attack on April Charney, an attorney who has earned a reputation as a leader in 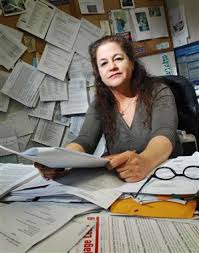 foreclosure defense in part by training thousands of lawyers across the country how to stop illegal foreclosures and help homeowners keep their homes. Or note the attack on Max Gardner (at p. 15), who trains attorneys to spot document fraud and raise it effectively in cases. See the smear against Eric Schneiderman. Now consider the “how dare Fannie and Freddie sue” talking point.

But the banks aren’t resting easy with attacking FHFA’s right to speak; they’re grabbing for leverage wherever they can find it. The banks backed out of negotiations with the attorneys’ general, perhaps in hopes that some of the AGs will try to lobby FHFA to back off.

In short, framing the issues as “How Dare Fannie and Freddie, Those Crooks” simply does the banks’ and bankers’ bidding. Don’t let them change the subject; focus on the lawsuits’ accusations and evidence instead.

Pay Attention to the Message Instead: Read the Lawsuits

Why are the banks freaking out about these suits? As the New York Times’ Peter J. Henning explains, these aren’t ordinary securities fraud cases. They’re much easier to win.

FHFA is suing under the very strict parts of the securities laws that regulate people when they are selling a security into the market for the first time. It’s a basic free market

principle: when the only information anyone knows about a security is what you’re telling them, lying just can’t be excused. Because Fannie and Freddie bought these securities at the very beginning, and because the usual one year limit for these claims doesn’t apply, FHFA can, and strikingly is, suing for securities fraud based on “strict liability.”

Strict liability means Fannie and Freddie only have to show the banks lied, in a meaningful way, when they issued the securities. It doesn’t matter if they intended to mislead. Neither does anyone care if Fannie or Freddie paid attention to the lies. And Fannie and Freddie don’t have to prove the lies caused their loss, though the banks can try to show the lies didn’t. (Peter Henning explains why the banks will likely fail in that effort.) In short, not much matters but the lies, because this is about securities fraud in the issuance of the security.

Peter J. Henning is a professor at Wayne State University Law School, where he focuses on white collar crime, corporate and securities law and legal ethics. Before teaching, he worked at the Securities and Exchange Commission’s enforcement division and then as a prosecutor at the Justice Department. His latest book “The Prosecution and Defense of Public Corruption: The Law & Legal Strategies” has just been published.
_____________________________________

So the real question is: can FHFA prove the banks lied? And since FHFA had subpoena power, the answer is heck yeah.

Abigail Field has helped me grasp a better understanding of the potential for convictions in these 17 lawsuits against the banks filed by the FHFA.  FHFA is the entity that is charged with the conservatorship (“Receiver”) for Fannie Mae and Freddie Mack. It was placed in position when the government seized the deadly duo in 2008.  Think of the FHFA as the Trustee in a Chapter 7 bankruptcy – the Trustee has all the claims and sues in the name of the estate on behalf of the creditors.

It appears that Fannie had a big hand in the design of many of the patents (yes, patents) that operated the mortgage securitization system – entirely operated and driven by patents designed in a “Monte Carlo simulation.”  Yeah, that phrase blew me away too.

The derivatives are the vehicles in the mortgage-backed securities Ponzi scheme and are designed like a casino that uses gambling technology and software. Frank Partnoy, a law

professor at the University of San Diego was asked to explain derivatives and said,  “A derivative is a financial instrument whose value is based on something else. It’s basically a side bet.”

It appears once you enter the United States Patent and Trademark Office and start researching the Fannie Mae “patents” the bigger picture of the “Monte Carlo” operation begins to bubble up on the screen. This is an extremely interesting area and my guess is that as time goes on more will be exposed – so stay tuned.

I can say – just by researching a couple of these patented beauties, it appears Fannie was into making money first…. keeping Americans in their homes was next to last on their list of priorities.  FYI – foreclosure is a money-making business for Fannie, Freddie and the banks.

Frankly, I don’t know why they called it a mortgage and acted like it was based on 30-years… They could have just called it a “Ceasars Palace” agreement and then you would have expected to be making a bet. If you knew you were gambling – would you have bought or refinanced? Doubtful.

Again, I call for the regulation of derivatives. Please echo the phrase “regulate derivatives” and pass along to your family and friends – it will take all of us to make a change.  As Warren Buffet so profoundly stated in 2003,  “In my view, derivatives are financial weapons of mass destruction, carrying dangers that, while now latent, are potentially lethal.”

Warren Buffet knew what he was talking about – now, if only our Congressional politicians would be so smart.