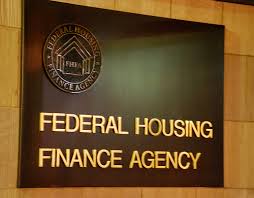 The suits stem from subpoenas the finance agency issued to banks a year ago. If the case is not filed Friday, they said, it will come Tuesday, shortly before a deadline expires for the housing agency to file claims.

The suits will argue the banks, which assembled the mortgages and 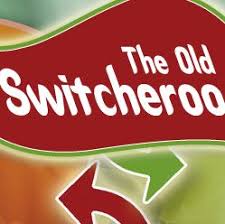 C’mon Obama don’t you guys in Washington realize the public has figured you out. Besides, settling for $billions isn’t enough.

Start with $5 TRILLION and maybe the public will sit up and listen – and we [the public] don’t care if they [the banks] have to pay it back over 5 years with no profits for their shareholders as long as we have a priority position on their assets when they go bankrupt.

If the government wants to file criminal charges against the banks with no deals and use the taxpayers money – I’ll personally support it… but just to continue to file lawsuits and clog up the courts or agree to lame settlements is a waste of good money. Why would we even give them a deal – its not like their going to rat each other out or turn state’s evidence.

If Fannie and Freddie were lied to by the banks (which is doubtful because they were apparently in on all of this) then certainly so were the borrowers. The banks’ lies stem from inflated appraisals, systematically abandoned underwriting guidelines and over-rated bonds…NONE of which the borrowers had any control over!

This is what appears to have happened… the banks never placed the loans in the Trusts – the Trusts were empty.  For example, Eric Schneiderman’s New York Complaint against The Bank of New York Mellon, et. al. alleges:

“BNYM Was Aware Of the Trusts’ Failure To Transfer Loans.  The ultimate failure of Countrywide to transfer complete mortgage loan documentation to the Trusts hampered the Trusts’ ability to foreclose on delinquent mortgages, thereby impairing the value of the notes secured by those mortgages. These circumstances apparently triggered widespread fraud, including BoA’s fabrication of missing documentation.”

When you take into consideration the allegations against the banks – ya gotta wonder if the investors ever looked into what they were purchasing, yeah?  If the loans were not in the Trusts… did the investor know that the mortgage loans had not been consummated when they handled over their trust funds?  What would make you so confident that you would hand over millions and billions of public funds without looking at what you were actually purchasing?  Did the investors ever even review any of the mortgage documents?

cases the borrowers hadn’t even signed the mortgage documents until a few days before the Trust closed – how plausible is it that the Prospectus and thousands of pages of formulas and data could be compiled printed and sold in a matter of days? Not likely, right?

So … Did the promise of insurance even in the event of a default cover that base of insecurity? Did the investors also expect the loans to fail?  God help them if they ever get to a jury trial because these aren’t rocket science questions – they’re just logical queries.

The best thing to do is strip ALL the mortgage loans, including REOs, written for the last decade from the banks; have the states take them over and reconstruct them with the borrowers at 0%-2% for 30 years and start creating the desperately needed revenues, in lieu of litigation.

“Billions still sounds like a lot, yeah Tim… right, Ben?” Give me a break!

3 thoughts on “U.S. Is Set to Sue a Dozen Big Banks Over Mortgages – Yeah, sure.”