Now is the time to speak up… Newsmax.com (a right-wing news blog) writes the ‘Gang of Six’ Plan ‘Total Joke’ and comments, “[T]he compromise plan that the so-called “Gang of

Six” in the Senate is proposing to solve the debt-ceiling crisis is a “total joke” that shows nothing but contempt for the American people, Mark Steyn writes in The Corner column at National Review Online.”

Progressive Democrats (a Progressive Change Campaign Committee PAC) are opposing President Obama and are refusing to re-elect him if he cuts Social Security and Medicare to which Senator Bernie Sanders from Vermont says, “This senator is going to fight back. I was not elected to the United States Senate to make devastating cuts in Social Security, in Medicare, in Medicaid…”.  And Investment firm economists like Mike Larson of Weiss Research, Inc. are urging their subscribers by email to be concerned saying, “I think it shows just how unsolvable our nation’s current fiscal situation is.”

While I realize it would be catastrophic for the US to default… it certainly was for 24 million+ Americans who have defaulted on their mortgage, for their families and their neighbors (who lost property value too) all as a result of Wall Street collapsing the economy in their securitization Ponzi scheme. 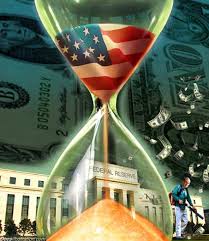 The government is on the verge of a shut down because Wall Street’s securities scheme, aka derivatives, are unregulated. It’s pretty much like a non-judicial foreclosure.  If the government defaults – its facing bankruptcy and foreclosure… and all because it doesn’t want to tell government employees, unions and corporate retirement beneficiaries where their pension funds were lost.  Wall Street banksters raided these funds throughout America and around the world in one of the most elaborate stings anyone could ever imagine.

The pension funds are gone – and all the slashes and cuts the government makes isn’t really going to bring these funds back – whether its from the rich or the poor.  And while I’m totally disgusted, I can’t seem to help but draw a painful correlation to the foreclosed homeowners who also lost their equity which was their retirement, pension, savings and college tuition funds.

PENSION AND RETIREMENT FUNDS WERE GAMBLED AWAY BY WALL STREET

It doesn’t have to be this way.  When a company has debt issues – the first thing it needs to do is create revenue streams.  The government has substantial revenue streams bought and paid for and right under its thumb.  There are $$TRILLIONS of dollars in mortgages begging to let them be paid.  The banksters have turned their backs on modification and mediation allowing the parasites that they are to continue to feed off the carcasses left behind.

Think about this logically.  The banks continue to displace and oppress people who are then are added to welfare and work productivity falls – eventually they revolt.  It doesn’t sound like much of a plan, does it?  It appears that no one is thinking about the consequences.  And we’ve certainly left the “do unto others” out of the picture altogether.

The government needs to take control of the defective [product] mortgages written between 2003-2008 and create its own revenue streams. Mortgage Electronic Registration

Systems (MERS) is one of the biggest culprits of forgery (this is a crime… really it is) and they alone claim to have 67 million mortgages in their system.

Take MERS as an example, there are likely twice that many mortgages (or more) out there in the market… and reconstruct the mortgages at current market value with the homeowners that can make payments (many have been trying to pay since 2008) at 2% for 30 years in lieu of litigation (another expense in the consequence category).

We need to be cognizant of the fact that borrowers had stellar credit – they were manic about making their payments.  If anything good came out of this criminal activity it taught people to pay their bills in order to keep good credit.  You see, credit was the nicotine… you needed good credit to refinance.  Borrowers were promised they could stay in the game and refinance as long as they maintained their credit – they did… many with higher credit scores than the Judges that are charged with taking their homes.

These loans need to be stripped from the banks – they wrote more than they can hold – this was a Ponzi scheme.  The government would actually be doing the banks a favor.  And if the federal government doesn’t want to handle the job – turn the properties over to their respective states and let them recover some of their lost pension and retirement revenues that they naively invested in the securitization scheme.  If investors can show they haven’t been paid (mortgages only – with a thorough accounting) they can be cut into the new revenue deal.

If the government were acting and run like a business – we wouldn’t be at a stalemate or giving away social security or seniors’ medical coverage.  We’d be creating new revenues.

This is a non-partisan, non-gender, race, creed or nationality issue – everyone has been attacked, either directly or indirectly by losing jobs, property values, equity, liquidity… and a depressed economy.  It crosses all lines and affects people all over the world.

The very nature of the subprime, interest only (ARMs) mortgage loans were defective 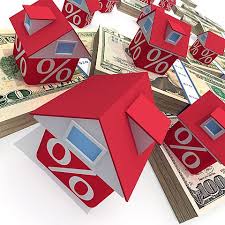 products created to fail – in order to keep churning the revenues for Wall Street.  Logically, there are only a certain number of mortgages in America.  Wall Street had to fabricate failure or sit for 30 years until someone dies or decided to move… to Wall Street that was stagnant.  They knew homeowners would default based on the loan and credit information they had access to.  Wall Street has such advanced software programs and statistical data that they can estimate just how much credit it will take to cause a tilt.  What they did not reckon on was that the US government would let Lehman Bros. go under.  The “tilt” turned into a tsunami that they can no longer control and their fraud exposure is at an all time high level.

Unfortunately, instead of putting homeowners in legitimate loans they could afford, they manufactured a “quick-sand”, loaded homeowners up with all sorts of free credit and promised them they could wrap it up in a refinance – the next time… there was no next time.

2 thoughts on “…there was no next time”