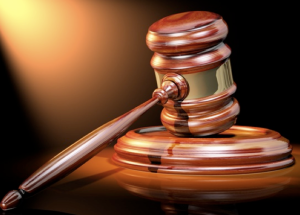 One of the most important decisions for Borrowers Rights in the history of Hawaii has been made with this decision.  Honorable Judge J. Michael Seabright of the Hawaii United States District Court, today GRANTED the homeowners’ Motion to Dismiss the case filed against them in federal district court by Plaintiff Deutsche Bank National Trust Company, as Trustee Morgan Stanley ABS Capital I Inc. Trust 2007-NC1 Mortgage Pass-Through Certificates, Series 2007-NC1.

The Williamses (Leigafoalii Tafue Williams and Papu Christopher Williams), who were

represented by Honolulu attorney, James J. Bickerton (Jim), of Bickerton Lee Dang & Sullivan, filed a Motion to Dismiss pursuant to Federal Rule of Civil Procedure 12(b)(1), in which they argue, among other things, that Plaintiff has no standing to foreclose because it has not established that it was validly assigned the Mortgage and Note.

The Court noted that: “Because the court finds that Plaintiff has failed to establish its standing to bring this action, the court need not reach the Williamses’ other arguments for dismissal.”

Honorable Judge J. Michael Seabright gets it!  And his ORDER was detailed.  In the Discussion, Judge Seabright notes an argument that homeowners have being trying to persuade the courts (especially at the lower state levels) to grasp: STANDING and JURISDICTION.

“Standing is a requirement grounded in Article III of the United States Constitution, and a defect in standing cannot be waived by the parties. Chapman v. Pier 1 Imports (US.) Inc., 631 F.3d 939,954 (9th Cir. 2011). A litigant must have both constitutional standing and prudential standing for a federal court to exercise jurisdiction over the case. Elk Grove Unified Sch. Dist. v. Newdow, 542 U.S. 1, 11 (2004). Constitutional standing requires the plaintiff to “show that the conduct of which he complains has caused him to suffer an ‘injury in fact’ that a favorable judgment will redress.” Id. at 12. In comparison, “prudential standing encompasses the general prohibition on a litigant’s raising another person’s legal rights.” Id. (citation and quotation signals omitted); see also Oregon v. Legal Servs. Corp., 552 F.3d 965, 971 (9th Cir. 2009).”

Let’s continue – but we’ll get back to that injury issue later in the post.

Of course, this was a New Century Mortgage (Home123) and the Plaintiffs were taking part in a fabricated assignment in 2009 to a 2007 Trust… (that boat had sailed 2 years before because theTrust had long since closed) – but even more compelling in the Motion to Dismiss-Memorandum was the Williamses assertion that New Century aka Home123 was in a liquidating bankruptcy as of August 1, 2008 and they had nothing to assign in January 2009.

Deutsche argued that the Williamses were not parties or beneficiaries to the assignment such that they cannot challenge it… [we’ve heard that before, yeah?].  However, the Judge Seabright clarifies a valid point:

“Plaintiffs argument confuses a borrower’s, as opposed to a lender’s, standing to raise affirmative claims. In Williams v. Rickard, 2011 WL 2116995, at *5 (D. Haw. May 25, 2011), — which involved the same parties in this action and in which Lei Williams asserted affirmative claims against Deutsche Bank — Chief Judge Susan Oki Mollway explained the difference between the two:

“…Standing” is a plaintiff’s requirement, and … Defendants must establish 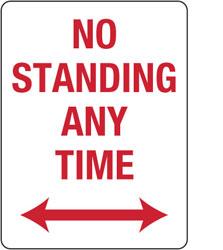 “standing” to defend themselves.””

Judge Seabright continues:  “Deutsche Bank asserts affirmative claims against the Williamses seeking to enforce the Mortgage and Note, and therefore must establish its legal right (i.e., standing) to do so. See, e.g., IndyMac Bank v. Miguel, 117 Haw. 506, 513, 184 P.3d 821, 828 (Haw. App. 2008) (explaining that for standing, a mortgagee must have “a sufficient interest in the Mortgage to have suffered an injury from [the mortgagor’s] default”).”

Attorney Bickerton faced off in court and explained to the Judge in oral argument that the banks didn’t just miss the date to file their assignments or needed to tidy up paperwork, this was a ‘Business model using the loans for overnight lending.’  Bickerton told the Court that if this wasn’t dismissed, his first line of discovery would be geared to uncover the outside financial advantages being derived from the use of the Williamses’ loan.

Understanding the premeditated intentions of these banks, how they pledge, collaterize, swap, sell, lease,and trade these loans that are SUPPOSED to have been in a static trust will open the eyes of lawmakers to the real moral hazard – the fraud upon the homeowners, the courts and the state.

Jim Bickerton profoundly says that, “every foreclosure in the state is a victim of this shadow banking scam.”

“Security trusts will no longer be able to hide behind the hocus pocus of the pooling and servicing agreements. The ramifications of this decision are extraordinary,”  praises Gary Dubin.

INJURY – Remember that issue from above? 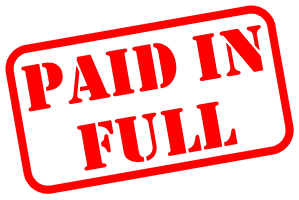 Let’s discuss the trusts. We can see by the assignments that they were not made timely and NY trust laws call them VOID. The REMIC has failed. But maybe the investors ARE getting paid with the behind the scenes shadow banking scheme.

And let’s suppose we can see the trading in the trust is active, numerous investors have already been paid off – where is the “injury”….hmmm?

We’re connecting the dots, people with above average intelligence are realizing, just like Judge Seabright, that there are huge schemes behind the scenes of an everyday mortgage that the borrower never intended to participate in… and eventually we’ll know whether the application for a mortgage started the securitization process before the borrower signed the note making them securities with no disclosure, how many insurance policies were attached to the loans and when (we never agreed to be over insured which would give someone the incentive to “off” us)… it’s coming soon – to a court room near you…

…and the Securitization curtain will be lifting for the big show.

Honorable Judge J. Michael Seabright – Thank you. Mahalo!
This is why he gets the “Gets It” award:

The U.S. Senate voted 98-0 yesterday to confirm J. Michael Seabright as a U.S. district judge for the District of Hawaii. “I’m very honored to have received that vote,” said Seabright, 46, an assistant U.S. attorney since 1990 and head of the white-collar crime section since 2002.

Image of the Honorable John Michael Seabright from http://www.grainnet.com/articles/usda_cited_by_federal_judge_for_permitting_violations_in_hawaii-36404.html

36 thoughts on “The Securitization Curtain is Lifting in Hawaii!”