When women continually walk out of your life it says a lot about your personality.  In business it says a lot about the operation of the company.  In the Obama administration good women have been bolting since the beginning of his term and a common theme seems to surface:

Ellen Moran, Communications Director.
Ms Moran lasted less than three months in the Obama administration, announcing her sudden departure in April 2009. Some commentators speculated that Ms Moran had had a difficult time breaking into Mr Obama’s tight-knit circle of close advisers – most of whom had worked with the president for many years – making it hard for her to carry out her role.

Ms Romer played a pivotal role in crafting and overseeing the stimulus package. Cheerful and articulate, Ms Romer became one of the administration’s most useful economic advocates on television news programs. Ms. Romer had a bigger role than many predecessors in her job but was said to express frustration that she did not have more direct access to the President, or more influence.

Ms. Dunn followed Moran and stepped down in November 2009 after making an ironic statement that Fox News took out of context and was replaced by her deputy Dan Pfeiffer. Pfeiffer was a trusted Obama insider, who has been deputy communications director from the start of the administration. Ms. Dunn’s husband, Robert Bauer, is the President’s personal attorney.

Ms. Hathaway had initially been considered a leading contender to fill the cyber post permanently until August 2009. She lost favor with the president’s economic team after she said it should consider options for regulating some private-sector entities to ensure they secure their networks. People familiar with the matter said the president’s economic advisers sought to marginalize her politically.

Ms. Crawford departed in December 2009 only 9 months after taking the position. Like Anita Dunn, Fox News weighed in heavily with distorted misinformation insinuating Ms. Crawford was “tied to a Marxist-run liberal media think tank that advocates government intervention in the Internet.”  Ms. Crawford’s blog candidly expresses the battles encountered at the top of the political chain. “You’re convinced that an important part of the job of a government is making the best (most open, most machine-usable) information available about what it’s up to so that citizens and reporters and others can use it. But it’s hard to persuade your colleagues.  They may even agree with you, but they won’t say so if someone higher up doesn’t. They may have no interest in rocking the boat.”

Huffington Post has reported in 2010 that Tim Geithner has expressed opposition to Elizabeth Warren’s nomination to head the Consumer Financial Protection Bureau — a department that she helped create. In July 2011, Ms. Warren was pushed out of the nominee position led by a pack of politicians fixated upon negative interrogation during Congressional hearings.

The Sorority of Women Who Left Obama

This sorority of women all have a common element – personality.  They are all strong, educated, common sense, compassionate and integrity driven women. Their departures appear to have been skillfully orchestrated by the elitists and their mole in the Obama presidency – Tim Geithner. The remarks that each have been made upon their departures from the Obama administration point the finger to “senior advisers” blocking access to the President and undermining their roles in government and the administration. Clearly, these women were dedicated to the public at large and the President first and to Tim Geithner’s administration second, if at all. This apparently threatened Geithner’s agenda which did not include strong, smart, intelligent women with integrity and dedicated to the entire American public, no matter what political persuasion.

administration for treating Democratic progressives “with contempt.” Mr. Dean said, “The core issue is the contempt” with which not just [toward] progressives “but lots of people were treated by a group of senior advisers around the president who had been here for 20 years and thought they knew everything and we knew nothing. That is a fundamental flaw in any kind of administration.”

The Thread Continues – Republicans for Obama

You might want to know that Mr. Geithner worked at Treasury at the end of the Reagan Administration, and eventually served right under Bob Rubin and Larry Summers during the Clinton years.  He’s been the President of the Federal Reserve Bank of New York since 2003.  What you might not yet have heard is that Geithner is a former Republican, and currently a politically opportunistic independent.

Not much has been made of this, which Republicans take as being a very good sign.  The “overwhelming majority of people just don’t care about a person’s political pedigree, so long as they’re confident it won’t interfere with his or her ability to do what’s right.  In this case, there was zero concern among Democrats that Obama tapped a non-Democrat to play such an enormous role in the administration”, quoting from Republicans for Obama. Apparently, the Republicans couldn’t get many of their followers on board with this philosophy as it was a pretty close race. Obama must think he still needs them to win a second term. By his latest actions he needs the entire Republican party since so much of his base has eroded.

Barack Obama was raised in Hawaii where a “good ‘ol boy” way of politics was revered. It was a voting block of cultures controlled by men who, like village chiefs, led and counseled their people on the importance of voting and who were the politically astute candidates. The promise of educated voters was more efficient than advertising.

The South Pacific leaned Democrat as there was (and is) more acceptance and tolerance within the variety of cultures. Many workers on the plantations were unionized and easily out numbered the wealthy Caucasians plantation owners. Realizing their strength in numbers, the ‘ol boys also made the determination who would run for office, controlling the narrative and population at large and thus, controlled the elections.

Mainland politics differed to some degree in that money controlled the political business; however, unions still controlled much of the voting in politics. To run for a national political office you not only needed supporters, you needed a lot of money. The trend has worsened over the years and in order to accomplish his 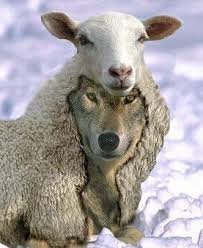 political goals, a politician might have to forsake his true ideology for campaign cash and power.  This hypocrisy, unfortunately, was nothing new for Democrats or Republicans.

Geithner has successfully infiltrated or was drafted into the Obama administration and represents Wall Street aka money, a key ingredient in our failing economy. Obama supporters have been recently jumping off the wagon by the thousands when it became apparent that he has caved to the right of the “centrist” ideals bending toward the elitist.  Barry had all but lost his popularity with the progressive base – just what the leftists feared.  It’s like standing in the middle of the road at night with no moon.

Many bosses isolate themselves from their staff to express authority. This, however, has been proven ineffective in business. Failing to stand up and publicly support the women [that Geithner feared most] was the link to an inside view of what is really transpiring. Obama was apparently isolated on purpose and allowing the elimination of good women with integrity that were public-oriented, not political – but American public-oriented, says a lot about the boss where the buck actually stops. 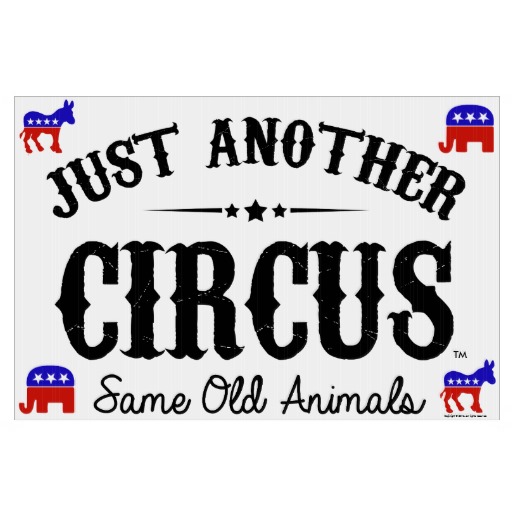 It also says a lot about the Republican party that fails to embrace and empower strong women and prefers to personally target them.  Strong women – Palin(s) or Buchmann-types – that Republicans put on display under a pseudonym of “Tea Party” and who were allowed to be made the brunt of political pundit jokes. This too was part of the plan.  Republicans could point to Palin and Buchmann and say, “[C]ome join us, we have women running for president” (small “p”) …we just don’t let them run under our big tent – they have their own circus. These psuedo-Republicans (RINO) are the mainland US cartel version of the “good ‘ol boys”, a dominating breed of money men that have very little respect for minorities or women – but they need them and use them because in order to win they need the voting blocks.

‘It’s lonely at the top’ goes the old adage, but bosses who isolate themselves from their people and day-to-day issues become ineffective.  It won’t get them re-elected by popular choice.  One needs to open one’s ears and listen to the people who got them to where they are today: the ones in the trenches.

Obama is who he is.  He told us who he was before he was elected. Nobody cared to listen – we bought the mainland cartel’s packaging and allowed them to infiltrate the Democrat White House so they could continue to shake down America and the rest of the world. They knew America was never going to elect another Bush – so, they dressed him up as a sheep, sent Obama in and fooled the voting public.

We can demand that Geithner and his pals take a hike.  In fact, we must make those demands if we expect to recover our economy.  Clearly, the American public is not in the fore-sights of this brand of “good ‘ol boys” in control.  They are not Democrats.  They are not my grandfather’s GOP.  This new breed is an international money cartel and it needs to get out of our government – NOW! Starting with Geithner Must Go!

1 thought on “The Women Who Left Obama”