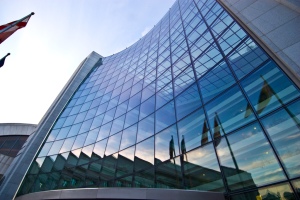 The Securities and Exchange Commission (SEC) has recently announced it is discontinuing their enforcement program requiring admissions of wrongdoing and the prosecutorial approach they were supposedly taking after the 2008 financial crisis. Steven Peikin, co-director of the SEC’s enforcement division, said the SEC would drop the “broken windows” strategy of pursuing many cases over even the smallest legal violations, and may also pull back from trying to make some companies admit to wrongdoing as a condition of settling with the SEC.”

Remember in 2013, under Mary Jo White’s leadership, the SEC announced it would make companies and individuals admit wrongdoing as a condition of settling civil charges in certain cases.

What I found ironic and hypocritical was Mr. Peikins’ remark that the SEC “would continue to run a tough enforcement program with the goal of rooting out intentional wrongdoing”… “I think when people resolve cases with the commission [and] neither admit nor deny but agree to all the points of relief, I don’t think most people in the world say, ‘Boy, they really got away with that.’”

He is so far off track. People really do say ”Boy, they got away with that.” As the Wall Street Journal article points out, “many have criticized the SEC’s practice of settling cases without fault admissions, including U.S. District Court Judge Jed Rakoff, who said it made enforcement cases look like “pocket change” and a “cost of doing business” for Wall Street.

I’ve talked about Ms. Whites’ abysmal record on several occasions as have many others. The facts bear it out. According to research by David Rosenfeld, a professor at the Northern Illinois University College of Law, during Ms. White’s leadership only about 2% of the 2,063 cases filed from 2014 to 2017 involved admissions. His research points out that makes for 22 entities admitting fault in the most egregious fraud cases. I may be missing something, but 22 entities in 3 years, that’s a really tough enforcement program?!

Surely Mr. Peikin did not say “I think we have room for improvement” out loud with a straight face. Room for improvement. Well, that may be a challenge. It appears that the SEC’s budget is frozen. The enforcement division, which in 2016 had 1,400 employees might be cutting 100 investigators from its staff and not bothering to replace them.

As Jerri-Lynn Scofield , who has worked as a securities lawyer and a derivatives trader recently posted, ”no matter how aggressive Peikin might like to be in rooting out corporate wrongdoing, that will be a difficult goal to achieve, with a frozen budget and a shrinking staff. Which is no doubt exactly what our current crop of Congress critters intended.”

And I do believe this, in fact, is what is intended. 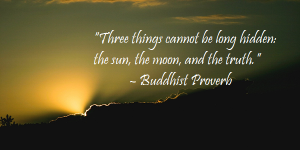 Ms. Scofield asks, “Now, I don’t dispute that the SEC intends to dial back its commitment to seeking admissions. Yet I want to raise here: How much of a policy change does this announced shift actually represent?” As she points out, even though they claimed they would be pursuing a tougher enforcement line, post 2013, when it announced a policy change with much fanfare, the SEC did not pursue “bold and unrelenting results.”

Photo: Securities and Exchange Commission by Scott S, CC BY 2.0

5 thoughts on “How Do You Fix SEC Broken Windows? The answer is – you can’t!”