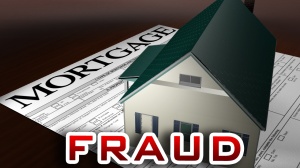 “Between February 24, 2010 and April 23, 2012, Heritage Pacific Financial, L.L.C. (“Heritage”), a debt buyer, mass produced and filed 218 essentially identical adversary proceedings in California bankruptcy courts against makers of promissory notes who had filed Chapter 7 or Chapter 13 bankruptcy petitions. Each complaint alleged Heritage’s acquisition of the notes in the secondary market and alleged the outstanding obligations on the notes to be nondischargeable under the Bankruptcy Code’s fraud exception to the bankruptcy discharge. The notes evidenced loans to California residents, made in 2005 and 2006, which helped finance the purchase, refinancing, or improvement of California residential real property. When issued, the notes were secured by junior consensual liens on the real property, but subsequent foreclosure of senior consensual liens, precipitated by the mid-decade burst of the housing bubble, left the notes unsecured.

This article reports an empirical study of these bankruptcy adversary proceedings. Because the proceedings were essentially identical, they offer a rare laboratory for testing the extent to which our entry-level justice system measures up to our aspirations for “Equal Justice Under Law.” We are unlikely to find many conditions better suited to empirical exploration of that question: (1) civil litigation filed during a relatively brief time span by one plaintiff against 266 defendants (including co-defendant spouses); (2) some

defendants defaulting, some defendants appearing pro se, and some represented by an attorney; (3) dispersal of the litigation among forty-seven different bankruptcy court judges, all sitting in one state (and thus, where applicable, required to apply the relevant substantive law of a single state); and (4) legal claims and factual allegations by the plaintiff so nearly identical that each dispute is resolvable on the basis of one obvious and straightforward factual question (reliance by an originating lender on a borrower’s misrepresentations) or on the basis of three less obvious and more complex legal rules (a California statutory limitation on fraud claims and two alternative varieties of a standing defense).

The results in the Heritage adversary proceedings evidence a stunning and unacceptable level of randomly distributed justice at the trial court level, generated as much by the 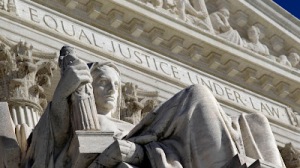 idiosyncratic behaviors of judges, lawyers, and parties as by even handed application of law. We anticipate some randomly distributed justice as the inevitable byproduct of disparities in economic and other resources of the parties and disparities in the knowledge, capabilities, and attitudes of even well-meaning attorneys and judges acting reasonably in an imperfect system. We aspire, nonetheless, to equal justice under law. The findings of this study reflect a departure from that ideal on a scale both larger than we may have expected and larger than we should tolerate.” [Read the entire report PDF HERE]

Prof. Neustadter’s paper is more than disturbing. It highlights the “Stacked Deck” Heritage had and the astronomical expense it would be for the debtor homeowner to have a proper defense. Many bankruptcy attorneys are not adept in foreclosure defense – especially when the system is rigged against the homeowner.  Prof. Neustadter explains:

“IV. PLAYING WITH A STACKED DECK
A. HERITAGE’S HAND

Heritage acquired debt for a song and then litigated with a deck stacked in its favor. A paradigm “repeat player,” 269 it litigated with superior information and litigated efficiently by mass-producing documents for filing. Given its acquisition and litigation costs, it could afford to (and did) offer attractive settlements to defendants faced with the prospect of significant attorney’s fees and ruinous liability.

The consolidation of representation on one side and dispersal of representation on the other afforded Heritage the advantage of superior information as the filings unfolded over time. With each additional filing, Heritage could learn from and adapt to defense positions and arguments advanced or judicial reactions expressed, whereas almost every attorney representing a defendant appeared in only one adversary proceeding and thus confronted issues posed by the litigation only once. 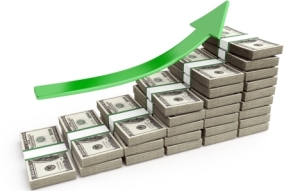 Many attorneys may have been unaware of Heritage’s comparable proceedings against others either in bankruptcy court, federal district court, or state court. Sound representation might have counseled a PACER name search for Heritage in one or more California federal district or bankruptcy courts, but an attorney’s time gathering, sorting, reviewing, assimilating, and evaluating information and ideas available from PACERaccessible records filed in other Heritage adversary proceedings would have been prohibitively expensive to most defendants.

It appears the most overlooked defense might revolve around the numerous bank patents [USPTO] that design the software systems to detect any type of mortgage fraud. You name it – there is a bank-related software patent filed in the USPTO that covers the subject of mortgage-related fraud. Just how did all these systems breakdown? And precisely when did they cease to function properly?

How did the 218 people in Prof. Neustadter’s paper all happen to commit the same fraud without being detected by the sophisticated bank software? Amazing isn’t it? 218 people all woke up one morning and decided to commit the same mortgage fraud – without even talking to each other. How lucky for Heritage that it could use its same cookie-cutter complaint against all these people, yeah?

In an answer to a lawsuit, Heritage Pacific says it’s not suing “innocent home-owners who, through no fault of their own, lost their homes.” Instead, the company says it targets defendants who “made material misrepresentations to secure large loans upon which they soon stopped paying.”

Fraud claims “are the only ones we’re interested in pursuing,” Chris Ganter, the company’s chief executive and main owner, said in an interview. [Read more HERE]

There are even patents designed as “A Web based, interactive and collaborative software intelligence tool that tracks the patterns of behavior of mortgage originators, lenders, and others involved in the lending process and automatically identities instances of non-com pliance or potentially fraudulent activities or patterns of conduct that are deemed either deceptive to the borrower …”

So, where did all these safeguards go? Maybe they were “systematically relaxed” as many of the investor lawsuits suggest. Maybe this was just another human experiment thought up as a Harvard-fraternity-type challenge – how much debt can a human consume if offered and dangled like candy?

Who knew that they couldn’t trust their loan officer? Apparently, the banks knew and thus, created a software program to allegedly track and weed out the bad guys… [Read PDF]

Given the safeguards built into the original Fannie Mae 1003 loan application it is a wonder that anyone would be able to commit fraud. However, it too appears to have been relaxed some time around or after 2004. Originally, you would go to the lender for a mortgage loan and provide your financial documentation and the figures were entered into the 1003 loan software program. At that point you would receive an “accept” or “denied” almost immediately. In order to make a correction, the loan officer would have to go to his superior to obtain access to make a change. When that 1003 function was relaxed the loan officer could continue to manipulate the loan figures until he came up with a number the underwriter program would accept. It wasn’t the homeowner massaging the the numbers because the homeowner had no access to the loan officer’s computer. 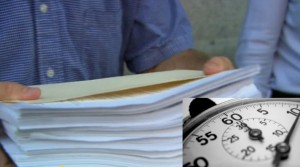 “You signed the loan application.” Well, sometimes you did and sometimes you didn’t – or not until the closing when all the documents were rushed through for signature in less than a half an hour. Many times applications were submitted via telephone and provided to the lenders/investment banks/underwriters before the homeowner ever signed. No one told the homeowner that they couldn’t trust their loan officer or to look for mistakes. Maybe the loan officer said, “you need to show more household income – about $500 more each month – look, in this house there is an extra room – why not rent it to your daughter and her husband and we can consider that extra income…”

In many cases, homeowners were told that their property was worth some highly inflated figure and the homeowner was advised by the loan officer to pull that extra equity out and divide it up for 24 months (the 2-year ARM) and it could be used as income to help pay the mortgage – until they could refinance again. Who’s scam was that? Certainly the homeowner didn’t think that one up. Behind that manipulation after January 2007 was a lender/underwriter that knew the homeowner would not likely be able to refinance in 2 years because the investment bank investor credit had dried up. Yet the ARMs were written in the millions to procure collateral to fill the remaining funds designated for the securitized trusts… with no disclosure to the homeowner that he was even gambling his property on Wall Street.

Who invented the paperless trail of “no doc” loans? It absolutely wasn’t the homeowners. So, the banks knowing there was fraud as established by the above noted patents and all of the patented safeguards designed to “protect” the investors and the homeowners – why, other than it was intended, would someone invent “no doc” loans? Could it be Wall Street didn’t care and the fully documented loans took too long to procure the collateral? Probably.

What has this done to the average homeowner?

“Many of these former homeowners believed their mortgage debt had been erased after their houses were taken by banks and lending companies. But the Texas company, Heritage Pacific Financial, has aggressively pursued collections and filed lawsuits claiming those debts still linger.

For Ahmed Abdelfattah of San Jose, debt collectors started calling in 2009, saying he owed Heritage Pacific $135,000. He said he’d never heard of the company before. 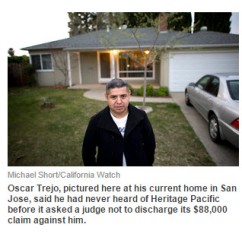 “It’s been a nightmare,” Abdelfattah said. “It’s cost me money and time, and they ruined my credit until now.”

Oscar Trejo said his first encounter came a few days before he expected to exit bankruptcy and get a fresh financial start. That was in November 2010, he said. Heritage Pacific sent Trejo, who also lives in San Jose, a letter saying it had asked a bankruptcy judge not to discharge, or erase, its $88,800 claim against him.” [Read more HERE]

Prof. Gary Neustadter’s paper is a must read for every homeowner, foreclosure defense and bankruptcy attorney… and judge. Don’t say you don’t have the time – because you need to comprehend how the game is escalating. The majority of homeowners thought of their loan officers as financial advisers. They never expected to get a loan that the bank knew they couldn’t afford. Research is essential – know the defense is at your disposal on Goggle Patents and the U.S. Patent and Trademark Office.